Mumbai (Maharashtra) [India], December 9 (ANI): About two weeks after actor Rahul Roy was admitted to Nanavati Hospital due to a brain stroke, the actor is now recovering and has been shifted to Wockhardt hospital in Mira road.
Two days back the 'Aashiqui' actor took to Instagram and shared a video and pictures with his family from Nanavati Hospital. The actor revealed, "I am recovering And thanks to all my friends, family and fans who are also like my family for pouring so much of love and prayers for me. Will be back soon. Love you all - Rahul Roy #rahulroy." 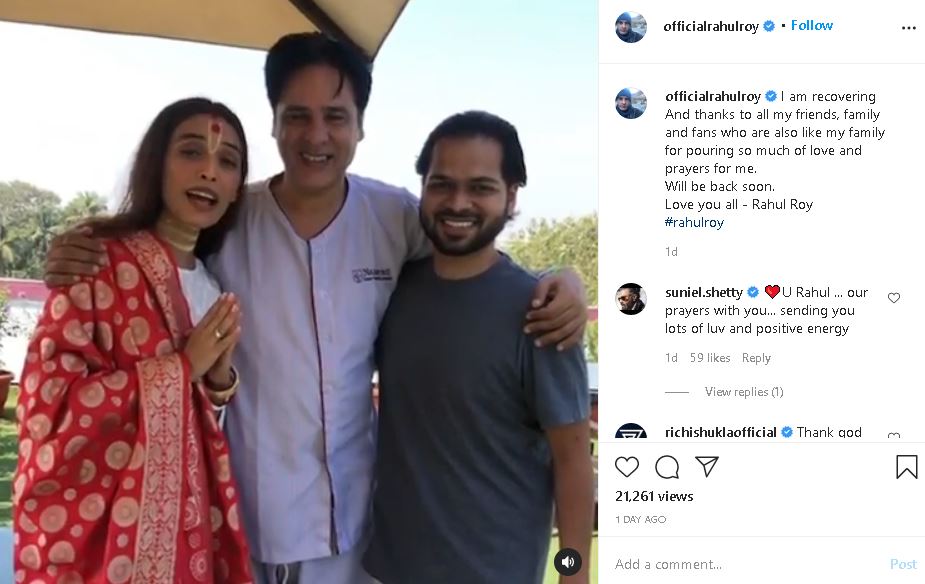 He further wrote, "Family love. Recovering. A picture from the hospital @nanavatihospital Will be back soon. Love you all Rahul Roy #rahulroy".
On November 29, the 52-year-old actor was admitted to hospital after he was brought back home from Kargil, according to a media report. The health condition of Roy deteriorated due to the extreme weather condition in Kargil.
At the time, the sources reported that his condition was better than earlier. "He is safe and recovering well. The recovery will take some time," they confirmed.
Roy is known for his role in 'Aashiqui' directed by Mahesh Bhatt co-starring Anu Aggarwal which was his debut film. He appeared in other 1990s films, including 'Junoon', 'Phir Teri Kahani Yaad Aayee' and more. Later he also won the first season of TV reality show 'Big Boss' in 2006. (ANI)