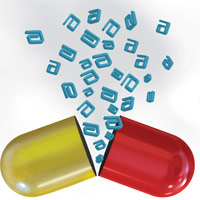 "We, as a group, employ about 12,000 people in India and nearly 85 per cent of them are field staff — more than any other domestic pharmaceutical company. We will leverage this strength for better growth," says Mohan. The company has recruited over a 1,000 people in one year.

Next on the agenda are plans to make India a hub for generic drug sales in emerging markets. The company has entered into a licensing agreement with Ahmedabad-based Zydus Cadila to market 24 products in 15 emerging markets with an option to add another 40 from next year. Most of these drugs will be related to cancer, cardiovascular, neurological and respiratory diseases.

The Indian pharmaceutical market is estimated to become a part of the top 10 with sales of $20 billion by 2015, according to a McKinsey analysis.