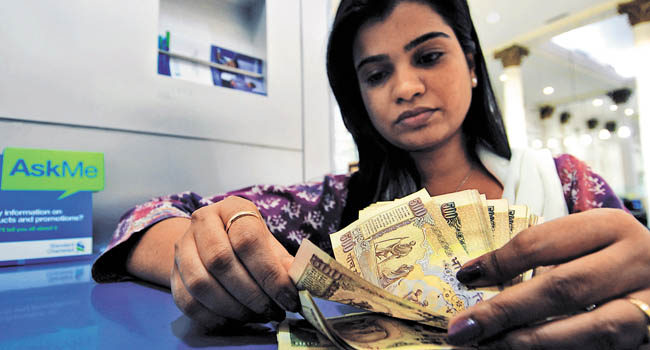 23 September, 2015
Print this article Font size -16+
Asset reconstruction companies (ARCs) are going to play a limited role in absorbing the non-performing assets (NPAs) of banks due to capital constraints and rising acquisition costs, says India Ratings and Research (Ind-Ra). Capital is constrained due to higher investment requirements in security receipts for ARCs and shareholding ceiling for sponsors at below 50 per cent. ARCs are now tapping debt markets to raise funds, which is a shift to leverage from the near zero debt model earlier. Also, interest coverage may be a concern due to the lack of predictability in ARCs’ cash flows.
ARCs play a crucial role in the financial sector and help banks clean up stress loans, which is the need of the hour. The Reserve Bank of India is clear that the forbearance regime has ended and the central bank  is unlikely to provide any further relaxation to banks on the classification of restructured assets. Banks are turning to ARCs but capital remains a key challenge for the industry.
Banks’ stressed loans (NPAs+restructured) as of March 2015 stood at 11.1 per cent of the outstanding credit of INR65.25trn, while all ARCs put together have a capital base of mere Rs 4000 crore. ARCs at best have the ability to purchase NPAs worth around Rs 1.2 trillion which is a mere 17 per cent of the total stressed assets in the system. Acquisition cost has also been rising due to the shift of stressed assets into new NPAs where recovery is likely to be higher than for earlier seasoned NPAs. Acquisition cost has now gone up to around 60 per cent from 40 per cent earlier.
Acquisition cost has risen given bankers are now selling stressed loans at an early stage post changes in regulations. Also, earlier banks would offer NPAs which were more seasoned, while of late they have resorted to offer even fresh NPAs. This shift has pushed up acquisition cost and led to bankers asking for higher amounts due to a higher probability of recovery.
Investment requirement by ARCs of the total security receipts issued increased to 15 per cent with effect from August 2014 from 5 per cent earlier. This has limited ARCs’ potential of buying large NPAs as capital remains a constraint. However, this guideline has also helped ARCs to refrain from aggressive bidding, bringing in the discipline needed in the industry.
Banks are looking to clean up their books but are unwilling to sell NPAs at a significant discount. Headline stress loans on balance sheet are thus unlikely to decline. Credit costs will also remain elevated due to amortisation charges arising out of the losses on sale.
Asset Reconstruction Company (India) Limited (ARCIL) (‘IND A+’/Stable) has been active in buying bad loans for over a decade, while a majority of new ARCs have been growing at a fast pace in recent times. The key players in the market are Edelweiss Asset Reconstruction Company Limited, ARCIL, JM Financial Asset Reconstruction Company Private Limited, Phoenix ARC Private Limited (‘IND A+’/Stable) and Reliance Asset Reconstruction Company Limited (‘IND A+’/Stable).
Public sector banks are more aggressive in cleaning up their books than their private counterparts. The 10 largest public sector banks sold 6,040 accounts to ARCs in FY15 with a book value of Rs 1,11,400 crore, up 64 per cent yoy. The top five private banks have sold a much smaller quantity of assets, with 1,100 accounts sold to ARCs in FY15 with a book value of Rs 11,100 crore, little over double the amount sold in the previous year. In the last five years, there has been a 5x jump in the number of issues and their sizes which shows the high appetite for such products.
Tags assigned to this article:
ARCs capital infusion stressed loans