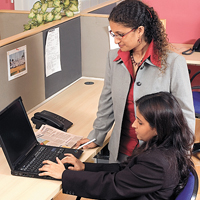 The size of the fund can be increased to $500 million, and it will invest in cities including Mumbai, Bangalore, Chennai, Hyderabad and Pune as well as Delhi and nearby areas, the companies said on Monday (5 May).

APG had pension assets of more than 352 billion euros ($488 billion) under management at February-end. Xander has committed more than $2 billion of capital to India since 2005, mainly across infrastructure, hospitality, retail and real estate.