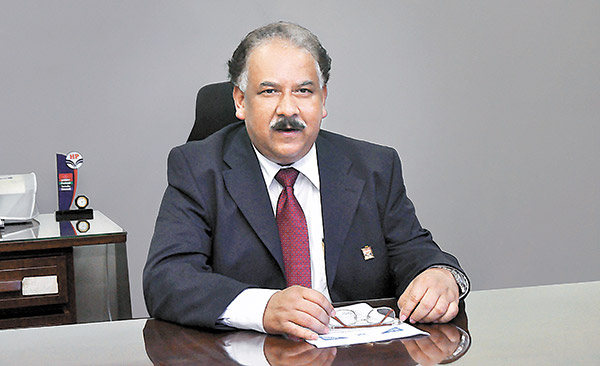 08 November, 2014
Print this article Font size -16+
Three years ago, Hindustan Petroleum Corporation (HPCL) rolled out a short-term growth plan which has now begun to yield results. At number six in the BW Real 500 2012-13 rankings, HPCL’s total income increased from Rs 1,86,334 crore in FY12 to Rs 2,17,514 crore this year and, its profit after tax (PAT) was at Rs 500 crore, close to three times that of the previous year. This growth is significant considering consumption of petroleum products in India increased by only 5 per cent in 2012-13 and raw material costs for HPCL rose by Rs 6,239 crore over the previous year.

“We decided to implement a short-term growth plan called Target Shikhar in 2010 with a focus on improving refining profitability, investments in new areas and operational efficiency. Its implementation has helped achieve growth over the past year,” says S. Roy Choudhury, chairman and managing director, HPCL. Analysts note that the move towards diesel price deregulation and increase in bulk diesel prices since January has helped oil marketing companies (OMC), including HPCL, improve their numbers in 2012-13. In the fourth quarter, HPCL’s earnings before interest, taxes, depreciation and amortisation (Ebitda) were Rs 860 crore as against analysts’ estimates of a loss of Rs 680 crore, due to inventory and exchange gains. They note that a gross refining margin (GRM) of $2 for FY13 was lower than the previous year ($3), driven by inventory loss in the first quarter of the year. “The company reported GRM of $3.7 per barrel in Q4 FY13, lower than our estimate of $4.6/barrel and the GRM for FY13 came at $2.1/barrel against our expectation of $2.6/barrel,” note Mayur Matani and Nishit Zota, analysts with ICICI Securities.

HPCL, which aims to achieve 42 million metric tonnes (MMT) in marketing volume of total petroleum products by 2016-17, achieved sales of 30.32 MMT in 2012-13, 4.7 per cent higher than the previous year. HPCL now holds 20.19 per cent marketshare among public sector oil companies. The growth during the year was made possible by higher capacity utilisation at refineries and highest ever annual production of petroleum products like LPG, motor spirit (MS) and bitumen.

Retail sales of petrol and diesel increased by 0.14 per cent during the year to help HPCL corner a 25.2 per cent marketshare. Its share in MS and high speed diesel also increased 0.14 per cent.

As of 31 March 2013, HPCL’s domestic gas consumers stand at 395 lakh, an addition of 32.17 lakh during the year. To increase its rural penetration, HPCL commissioned 243 distributors under the Rajiv Gandhi Gramin LPG Vitaran Yojana, besides commissioning 54 regular distributors.

HPCL’s focus on laying product pipelines to bring down transportation costs and its foray into wind energy have contributed to its performance.