A Short Drive In The Cloud 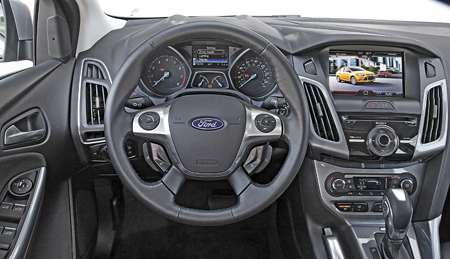 Wipro is working with tier-1 suppliers to help build Cloud Cars for several OEMs. "Content storage will be driven by the cloud, from where it can be played any time, any place, from any device," says John Slosar,  general manager of automotive electronics at Wipro. The storage capacity of the cloud and its cost efficiency will be vital to cater to high demand. Wipro is specifically working on infotainment to provide the driver with an interface as good as his phone for entertainment. Wipro's connectivity framework will use analytics to generate alerts on dangerous situations like over-speeding. The third piece is Wipro's Internet offloading solution, using wired broadband linked to Wi-Fi and Femtocell to seamlessly exit and switch to high speed 3G or 4G/Long-Term Evolution infrastructure.

Programmers at HCL labs in Noida are making an application that will analyse your daily driving habits to be shared with your insurance firm or doctor. "It is all about integrating apps and real-time analytics," says Sandeep Kishore, global head of sales and marketing at HCL Tech.

A New Ecosystem
"Tomorrow's car will be technology, powered by an engine and a shell," says Michael Boneham, president and managing director, Ford India. And that could turn the current car-manufacturing system topsy-turvy with the focus shifting from engineering to IT engineering.

Such increasing complexity and rising cost of software-based auto parts keep the Cloud Car out of reach of the common man for now. Each of the half a dozen Cloud Cars will be sold upwards of $40,000. But it is also driving new collaborative models that OEMs hope will be affordable enough in the near future. "We need to bring down costs. This will be led in developed markets, followed by emerging markets like India," says Timothy Leverton, head of advanced and product engineering, Tata Motors.

Carmakers know that their traditional tier-1 suppliers' strategy results in redundancies and high development costs. "Software will get more complex in cars. But it changes the business model in the auto market," says Vijay Ratnaparkhe, managing director of Robert Bosch Engineering India (RBEI). OEMs found a solution in ‘co-opetition'. They collaborate in industry consortia such as Autosar (for open architecture for engine management systems), GENIVI (infotainment systems), MOST (data streaming) and FlexRay (connectivity). At the same time, they will compete on core OSs. "The design of the cluster or console in the car can change because of the platform," says Peter Semmelhack, founder and CEO of Bug Labs. He says such technologies will bring cloud to affordable cars.

"This is seen especially in areas such as infotainment, where development costs are high," says Slosar of Wipro. The dedicated short range communication or DSRD is another wireless system being tried out for high-speed connection between cars up to a kilometre away.

Even though the geeks are immersing themselves in the challenge that is the Cloud Car, the concept raises many questions. Will cloud alliances succeed in developing compatible standards or will they spar over technicalities? Who will bear the cost of upgrading the global traffic systems? What about the security of personal, locational, entertainment or financial data spewed by such cars? Importantly, what happens in the event of a network blackout or a virus or hacker attack? "Security will be a key issue raised by regulators and insurers. The owner will have to decide how much data should be shared," says Sanjay Ravi, managing director of worldwide discrete manufacturing at Microsoft.

Every developer, carmaker and IT firm is searching for answers, but nobody is relenting in the pursuit of the Cloud Car. There is a fear, after all. Of the unknown. The GMs, Fords, Toyotas and Volkswagens of the world blinked while a nondescript firm Terrafugia from Woburn, Massachusetts, produced the other Cloud Car: the world's first production flying car — aptly named Transition. They may not want to be caught blinking again.