A Seat For Srinivasan 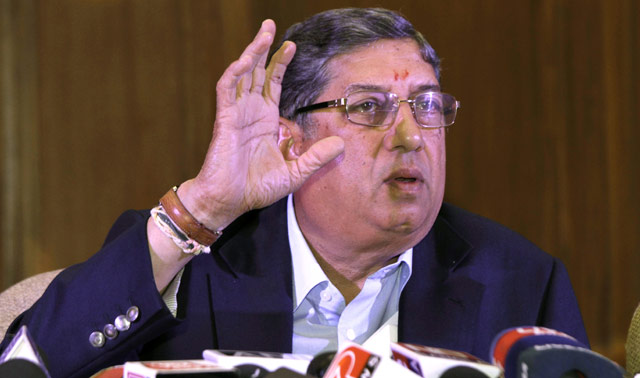 05 February, 2015
Print this article Font size -16+
In the list of disastrous endings, legendary corporate chieftain Jack Welch’s marriage to his second wife Jane could be right up there. In 2002, the divorce proceedings brought to light the perks that Welch got from his former employer on retirement — use of the company’s Manhattan apartment, jet plane for travel, private chauffeur, restaurant bills, pretty much anything you’d like to name — even lifetime courtside tickets to his favourite baseball team, the Boston Red Sox. Soon after the outrage that followed, Welch rescinded pretty much all of these perks, but continued to insist that the post-retirement perks were not excessive.

Twelve years — and multiple strict legislations to curb the incestuous relationships between corporates and their promoters — later, such sweetheart deals remain common, even in India. The latest in that line could be BCCI president and India Cements MD N. Srinivasan’s reported move to sell off the company’s Indian Premier League Franchise, Chennai Super Kings, after a January order by the Supreme Court found a conflict of interest in his two positions. CSK, as a brand, was valued around Rs 420 crore in February 2014, but occupies a disproportionately prouder place at the company, it’s achievements making it to the first page in its 2014 annual report.

Selling a subsidiary that contributes only marginally to revenues ought to go by without comment. But that cannot be the case here. The reason for selling off CSK is to protect Srinivasan’s right to contest for the BCCI president’s election, which should come up next month. But India Cements is owned only 30 per cent by the promoter group. What about the other 70% of the shareholders? Is the sale of a brand that has achieved popularity in India something that can be decided in a hurry? Why punish other shareholders for conflict of interest-related issues and not punish the conflicted, asks J.N. Gupta, founder of proxy advisory firm Shareholders Empowerment Services. Is becoming BCCI chief more important than shareholders’ interest, he asks.

The minority shareholders may not have a say in the decision. Under the Companies Act, only sale of subsidiaries that are worth over 20 per cent of the net worth of the company have to be approved by the shareholders. India Cements’ net worth is close to Rs 4,000 crore, with CSK considered to be worth much less than 20 per cent of that.

Potential buyers have been identified, say news reports, and a deal can be expected to go through in the next fortnight. This is important, because the elections for BCCI president take place six weeks from the court’s January 22 order. If Srinivasan has to be in contention, the deal has to happen before the statutory notice for that meeting is sent. The court found a conflict of interest between Srinivasan’s role as the head of Indian cricket’s apex body and as the promoter and MD of a company that owned a team in the BCCI’s lucrative cricket league. In fact, the apex court dwelt at length on how the rule which prohibited administrators from having commercial interests in the game were changed in 2008 purely to bless India Cements investment.

Should the board approve a potential sale of the franchise within the strict time frame that it will be bound to, if Srinivasan pushes his ambitions? Aviral Jain, director at American Appraisal feels that with the uncertainty surrounding the prospects of the franchise now, the valuation can be expected to have taken a hit. The independent directors on the board — five out of the 10 directors are ‘independent’ – are duty bound to put the company’s interests first while approving decisions. Would it be best to sell off a company when it’s reputation has taken a beating? Would the best value be derived from a sale where the buyers haven’t had adequate time for due diligence?

The cricket board will also have to ask the same questions. IPL was tainted right from the allegations of fixing. From the contentious rule being amended solely to allow India Cements to own a franchise to the controversy over the Kochi franchise being allegedly asked to deliberately bid lower, the opaqueness was long ingrained before S. Sreesanth was found with his towel sticking out of his pocket. BCCI got away behind the veil of autonomy that sporting bodies globally command. That is about to change, with the apex court ruling indicating that the courts will monitor India’s cricket administration till it cleans up its act, says Desh Gaurav Sekhri, who heads the sports law practice of law firm J. Sagar Associates.

After la’affaire Welch, the Wall Street Journal asked, cheekily, why this information got highlighted in divorce proceedings, and not the shareholder communications that the company sent out periodically? Similarly, it is moot to ask why India Cements’ shareholders did not raise a riot when their company was used to further the ambitions of the promoter? Or BCCI till the court forcibly intervened? One could argue they also benefited from the team’s superior performance as well as the cash awards doled out by BCCI — but what of the downside? Ignorance is considered bliss too often by corporate stakeholders. But when the axe falls, the price will be heavy.