A Search For Success 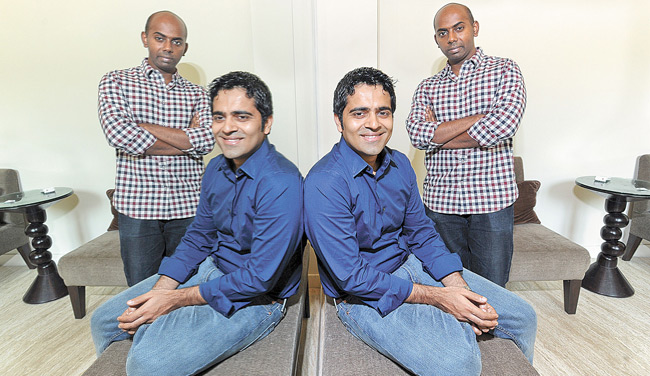 10 June, 2015
Print this article Font size -16+
Every organisation wants to go digital. And with that comes the need for an effective and fast internal search engine. Organisations that are consumer-oriented need to create search engines that can match consumer search words in an instant. Amazon, for example, has built an effective internal search engine for its customers which play a major role in making it a $89-billion retailer, since it is able to follow product searches with instant gratification.
What about the millions of small businesses that don’t have the wherewithal to build such intelligence? Typically, they don’t even consider this as part of their digital strategy and go ahead and ignore it. This is where Tagalys, the Chennai-based startup, has spotted an opportunity; one where it can make a big impact in India and even across the globe.
According to the credit rating agency CRISIL, India has 50 million small and medium businesses and at least 20 per cent of them are high-value consumer companies that will go digital in three years. “We started commercial operations last year and we are investing in scaling up our machine learning architecture which will match key word search in precision,” says Anthony Kattukaran, founder of Tagalys. Currently, there are eight paying clients on the Tagalys platform. In fact, search is an important component for a business. When Myntra became an app recently, it invested all its resources in technology to improve its stickiness with consumers. “We are investing in data sciences and are making the app a first-of-its-kind. The experience offered by search works on a data layer using browsing behaviour to customise the experience,” says Mukesh Bansal, head of the mobile commerce platform at Flipkart. Similarly, Target India has worked with 10 startups to understand its customers better, improving the engine for a big part of its learning.
“Tagalys has great potential globally, as e-commerce is growing and so is the need for site search, recommendations and personalisation, which is a hard but good problem to solve. There is an increasing demand,” says R. Ramraj, a mentor for Tagalys and part of the Chennai Angels, an investor club. He adds that their product is vertical-agnostic and any large corporation can instantly increase online revenues by using Tagalys, from travel to retail.
Similarly, a client company feels Tagalys’ technology skills have great potential. Bedbathmore.com is a home furnishing website and its product manager Bharath Belur believes that the first thing to be done was to capture the customer at the homepage. “We have been working with Tagalys to power our search and this was one of the best business decisions,” says Belur. He adds that search plays an important role in e-commerce because the customers are given a lot of choice, which is a challenge. It is best to work with a startup rather than building search technology in-house, and a retailing company can focus on serving the best product to the consumer. In case of an app, search engine technologies capture user behaviour based on the login profile, and in a website, it tracks cookies and user behaviour.

Anthony Kattukaran and Palaniappan Chellappan met when Anthony was running an affiliate marketing startup called FabBucket in 2012. After FabBucket was closed down, the two got down to building a search engine that could learn to make intelligent suggestions to users. Before that, Anthony spent almost a decade in the US, as a consultant with Deloitte. Palaniappan was a freelancer on hire to build apps and data-based engines. The two hit it off immediately as Palaniappan could build the applications for any idea and several iterations later they realised that organisations indeed lagged behind in using their own data to target consumers and suppliers better.
“The idea is compelling and it is a business opportunity that one cannot ignore,” says Palaniappan. To build a search engine one needs to create algorithms that understand customer behaviour. In an app, the engine could be tracking behaviour based on pre-loaded profile data, and on a website, it could be tracking cookies and text files of browsing patterns to create compelling user experiences. A clever engineer programmes the script of the platform to crawl the Web or the Internet, and drives traffic to your site by making its images, text and video relevant to the user. The business model of the company is to work on an annual license model and also charge a fee on the number  of increasing search queries. There is a slab system for searches up to 50,000 and then a different costing for 100,000 searches.
Currently self-funded, Anthony has spent Rs 50 lakh to run his previous startup. But he has used his learnings to create a relevant startup second time. He is also raising $600,000 to ramp up his team and scale up the business. There are several startups building in-house capabilities. But none of them have looked at the enterprise segment like Tagalys has.
(This story was published in BW | Businessworld Issue Dated 29-06-2015)
Tags assigned to this article:
magazine vishal krishna entrepreneurship hottest young entrepreneurs search engine digital magazine 29 june 2015 young entrepreneur awards 2015 tagalys