A Mixed Bag Of Proposals

The real estate industry has been going through a challenging phase. The end-users’ decision to buy has been delayed on expectations of interest rate cuts, fiscal incentives and softening prices. The rising construction costs, delay in approvals and higher capital costs are the key concerns of developers. The industry was thus expecting the government to meet some of its pressing demands. 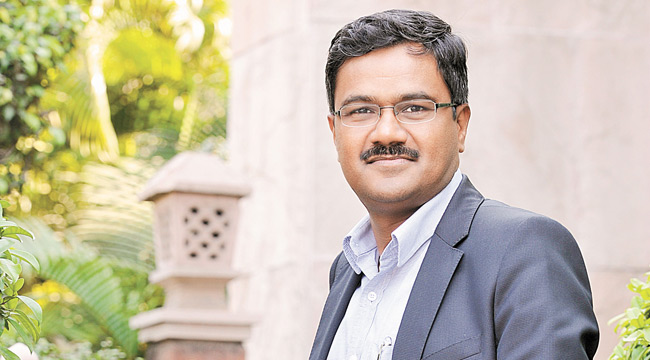 16 April, 2015
Print this article Font size -16+
The real estate industry has been going through a challenging phase. The end-users’ decision to buy has been delayed on expectations of interest rate cuts, fiscal incentives and softening prices. The rising construction costs, delay in approvals and higher capital costs are the key concerns of developers. The industry was thus expecting the government to meet some of its pressing demands.

It expected the Budget to address issues related to taxation of real estate investment trusts (REIT) and regulations relating to flow of foreign funds to the sector, besides providing a financial roadmap and incentives to boost affordable housing. The government was also expected to address the issue of special economic zones (SEZ) and take up the Real Estate Regulatory Bill during the session.

The Budget has given tax exemption on capital gains arising from transfer of assets from the sponsor to the REIT. This will pave way for REITs. The pass-through status for rental income of REITs will generate predictable income from the assets and provide small investors an opportunity to invest in debt instruments of real estate sector. It is expected that $3-5 billion worth of assets will get monetised. This will help developers to repay debt and reduce the cost of interest. Banks, which lent for these assets in the past, need to re-deploy funds into new real estate assets.

The private equity (PE) industry is expected to be the biggest beneficiary of the budgetary changes. The PE industry, both offshore and domestic, was affected by issues of clarity and uncertainty about incidence of taxation. The Budget has addressed these by giving pass-through status to both category I and II of alternative investment funds (AIF). Foreign investments have been allowed to invest in AIFs. The Budget has removed the distinction between different types of foreign investments, especially between foreign portfolio investments and foreign direct investments. The budget has also addressed the long-pending demand to modify the permanent establishment norm to encourage fund managers to relocate to India. All these measures will simplify compliance, reduce tax incidence and increase flow of funds to the real estate industry. The budget has also brought non-banking finance companies (NBFC) with asset size above Rs 500 crore under the Sarfaesi Act, thereby mitigating their risks. Hopefully, this will result in NBFCs extending loans to the real estate industry at a lower interest rate. The finance minister is going to introduce in this Budget session a Bill to restrict black money generation in the economy. The government announced specific measures for improved governance in the real estate industry. The Budget has prohibited acceptance or re-payment of advance of Rs 20,000 or more in cash for purchase of immovable property. Also, transactions above Rs 1,00,000 would need permanent account numbers. This Budget session of  Parliament also needs to approve the Real Estate Regulatory Bill, which is an important legislation for providing a regulator for the industry. These Bills will improve transparency, disclosure and governance in the industry. These measures have been keenly awaited by end-customers, investors, banks and PEs. The Budget did not provide any incentive for home buyers as the previous Budget had given tax concessions on principal and interest paid.

As per the estimates given by the finance minister, our country needs two crore urban houses and four crore rural houses to provide housing for all. The Budget was expected to spell out steps to provide long-term sources of capital and cheaper availability of capital to achieve various initiatives such as 'housing for all', smart cities and affordable housing. The government may be intending to address these objectives during the year, but these were not addressed in the Budget.

Development and growth of SEZs are important for creation of employment opportunities and increasing exports of the country. Many SEZs have been held up as taxes like minimum alternate tax were introduced that made such projects unviable. It was expected that the Budget would provide relief by repealing such taxes. However, SEZ developers’ woes were not addressed.

The real estate sector is closely linked to infrastructure, job creation, income growth and interest rates. The ability to buy a house is also linked to the size and price of the houses. In this context, except for the infra push, the Budget did not  specifically provide direction or resources. However, the thrust given to growth of roads and railways will have a positive impact on the real estate industry.