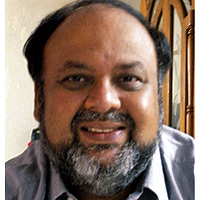 Pune-based drug research firm indus biotech says that it has discovered a new botanical drug — a prescription-based herbal drug — that could cure swine flu. The company claims that the drug, initially developed to treat HIV, has received approval from the US Food and Drug Administration (FDA) to start human trials. Indus Biotech has now approached the Drug Controller General of India (DCGI) for a similar approval in the country. So far, the drug has only been tested on animals.

"The DCGI has been very cooperative so far and is now evaluating our application," says Rajan Srinivasan, Indus's executive director and co-founder. He claims the drug could provide a cheaper alternative to Roche's Tamiflu and may prove effective in treating patients who have developed resistance to Tamiflu. He says that if all goes well, the drug could be available in India within six months. However, this will depend on how long clinical trials on patients last. Indus says it has already conducted studies in a bio-safety lab in Taiwan to establish the efficacy of the drug against the H1N1 virus. There is, however, still no regulatory framework for prescription-based botanical drugs in India. Srinivasan is hoping that the DCGI will make an exception: "Botanical drugs are more affordable and less toxic than chemical drugs," he says.

However, the company would need to file a new application with the US FDA to sell the drug in the US.  Indus claims it has already proved to be safe for  animals — it will need to get a new IND (investigational new drug) status from the FDA, if it wants to develop it for swine flu.