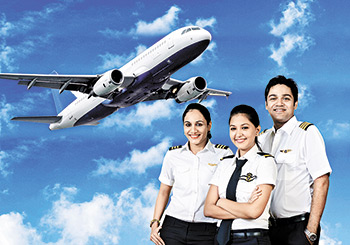 08 November, 2014
Print this article Font size -16+
Prajakta Kohok got her commercial pilot’s licence in 2009 after finishing flying lessons from a reputed school in the US. Four years on, she has still not been able to get a job with an airline. Kohok is among the 4,000-odd unemployed pilots who are yet to scale the ‘heights’ of the aviation industry, which held great promise just six years ago.

With the industry facing headwinds in the form of mounting operational losses, higher fuel costs and ‘hostile’ civil aviation policies, unemployed pilots will have to wait a while longer before they can give wing to their dreams.

“There are no openings anywhere… And with so many pilots hunting for a job, there is intense competition to get a good profile,” says a despondent Kohok. “A commercial pilot’s licence is a specialised qualification; you cannot use it to get any other job. And after getting the licence, it doesn’t make sense to take up ground jobs, even if there are openings with select airlines,” she adds.'

Airline jobs caught the fancy of youth around a decade ago when the civil aviation sector began opening up. In fact, the period between 2004 and 2006 saw seven scheduled airlines — SpiceJet, GoAir, Air India Express, Air Deccan, Paramount Airways, Kingfisher Airlines and IndiGo — starting operations. With nearly a dozen carriers flying across the country, and a big spurt in domestic air travel, aviation became the most happening sector after IT, telecom and infrastructure.

“Everybody wanted an airline job then. People paid obscene amounts of money to get trained as pilots or crew members. The boom was short-lived though. The sector collapsed at the first whiff of a financial crisis, leaving thousands unemployed,” says Surinder Mehta, secretary of the Federation of Indian Pilots.

A good number of these unemployed pilots are in the 24-30 age group, with just basic degrees as their qualification. This reduces their chances of getting a job in other sectors that are better equipped to weather the economic slowdown.

Many of these pilots also have education loans — taken for joining flying schools in Europe and the US — to worry about. Some licence-holders have started working at call centres to pay back their loans, while others are waiting for good times to return. A popular airliner, which is planning to recruit pilots, has received over 3,000 applications for about 100 vacancies.

The Jet-Etihad deal and the launch of AirAsia are expected to unlock new jobs, but that may not be enough to absorb the ever-growing number of jobless pilots. “The aviation sector will revive only with economic growth. In terms of jobs, investments by AirAsia and the positive closure of the Jet-Etihad deal could generate a few jobs. But it may not be enough to wipe out unemployment.

Job prospects may not be great in the aviation sector for the next two years,” says Dhiraj Mathur, leader (aerospace & defence) at consulting firm PricewaterhouseCoopers India.

According to analysts’ estimates, the Jet-Etihad tie-up and AirAsia’s India launch will generate around 2,000 jobs (cabin crew and pilots) over the next two years. If fleet expansion plans of existing carriers materialise, it will throw up more opportunities for pilots. Indian carriers have placed orders for 400 aircraft over the next decade. Assuming that each aircraft would need eight pilots, the industry will require an additional 3,200 pilots over the next few years. But expansion hinges on crude price and currency trends. Indian carriers may cut back on expansion plans if crude prices move up or the rupee weakens further.

“All these factors indicate brighter long-term prospects; it cannot relieve us of our short-term pains,” says Mehta. Salaries of pilots may continue to trend at current levels with freshers drawing Rs 80,000-1 lakh per month; pilots with 3-5 years’ experience get Rs 3-5 lakh, while captains and commanders draw Rs 6-8 lakh per month. But for now, jobless pilots will have to scrounge for assignments with corporate houses, private charters and the multitude of flying schools across the country.

Manufacturers Of Dolo 650 Tablet Spent 1000 Cr On Freebies To Doctors For Prescribing The Drug, SC Told