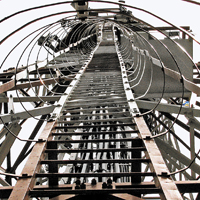 08 November, 2014
Print this article Font size -16+
The Rs 40,000-crore windfall that the Centre had budgeted from the spectrum auction did not materialise. After two days of bidding, the Centre raked in a mere Rs 9,407 crore — 77 per cent less than the target.
Telecom operators’ decision to ignore four heavy-hitting circles — Delhi, Mumbai, Karnataka and Rajasthan — that accounted for 51 per cent of Rs 14,000-crore base price was the key reason behind the poor show. The other 17 circles were sold at the base price, while Bihar recorded an increase of 9.2 per cent, piggybacking on Idea Cellular’s bid in the circle.
After deducting what the operators had alread paid in 2008 (Rs 4,328 crore), the net earnings are in the region of Rs 5,079 crore.
The auction raises several leading questions. Here are the most prominent of those:
The Supreme Court says that auction need not be the only way. The government now needs to find the most acceptable means of price discovery, including other kinds of auctions.
Communications minister Kapil Sibal said there could be another auction by March-end, but the government needs to make the circles attractive.
The price for Delhi and Mumbai together was more than a third for the whole country. With tele-density crossing 150 per cent in these cities, firms will examine viability before bidding.
Early indications are that it will. How much lower it will be and the formula that will be used to discover a new price are not known yet.
Unlikely, unless the next auction of unsold spectrum helps discover a market price there.
Of the 431.2MHz of spectrum that the government has in the 1,800 MHz band across 22 circles, only 127.5MHz was sold in this auction. It can now offer 303.7 MHz of spectrum to operators when the refarming process starts.
Telewings now has a presence in just six of its nine circles, and Videocon has won six of the original 22. The government needs to come up with an exit plan for operators.
They are deeply in the red and haven’t paid the 3G spectrum fee for two years. This advantage skews the competition in their favour.