A Forecast On Global Equity 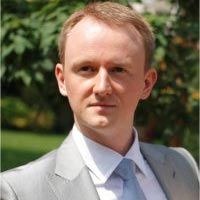 China´s gross fixed capital formation was close to 50 per cent towards the end of 2010, which indicated significant overcapacity not only in real estate but sectors as well. Also, the rise of inflation is clearly not under control yet. Instead, the National Bureau of Statistics has reduced the weighting of food prices in the CPI basket as per 1January 2011, to lower the official inflation numbers. Statistical tricks might do the job for some time to keep the public quiet. Global investors should however be warned by these red flags.

Conclusion
Equity investors beware of the market´s confidence in the US consumer and Chinese short term strength. Emerging market indices are down 20+ per cent from their post-crisis highs. The flow of funds for Q1/11 reports an outflow from emerging economies, back to the old world´s equity markets. But even this assumption is built on sand. We are bearish on global equity for the second half of 2011.

Markus Schuller is a professor of Finance at International University of Monaco. He is the founder of Panthera Solutions , an alternative investment consultancy in the Principality of Monaco