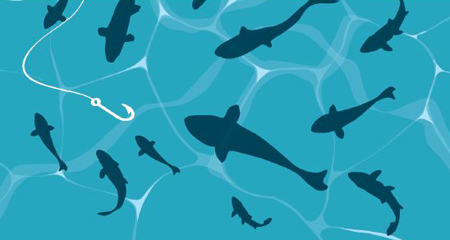 "In our country there is no unemployed; rather there are only unemployable," says IndiaCan chief executive Sharad Talwar. The IT industry spends $2.5 billion per year just on retraining engineers. "The IT industry knows that it is hiring sub-standard talent. An engineering candidate in any other economy requires three to four weeks to be job-ready. But in India he requires almost six months just to be a coder," says Talwar, blaming Tier 3 and 4 colleges for the poor crop of graduates.

Talwar has company in TeamLease's senior vice-president and co-founder Sangeeta Lala, who says, "Companies have resigned to the fact that they have to keep aside investment budgets for training — slowdown or no slowdown." Lala believes it is the mushrooming MBA business that has killed quality. "Today having a management degree is like having a bachelor's degree. The quality of education is so low that these students do not even know basics like communicating in English, reading balance sheets or making a basic project plan," she adds.

It is no surprise then that the Philippines has gradually overtaken India in the call centres sector. Sandeep Chaudhary, leader for compensation and consulting at human resource consulting and outsourcing company Aon Hewitt agrees. "We have about 4 million graduates coming into the market every year.

Research which shows that not even 50 per cent of them are private sector-employable."
To understand these and the other challenges that recruiters face, Businessworld  tied up with India's largest recruitment portal Naukri.com to conduct a survey. Here is a sneak peek into the minds of the job applicants and some of the largest recruiters in the country.

Trouble Spots
While talent crunch is an issue highlighted by almost every sector and most companies, the most problematic functional areas and domains are not widely known.

Of the 500 recruiters interviewed, about 61 per cent faced talent crunch while hiring candidates. According to Naukri, sectors such as architecture, pharmaceuticals, healthcare, banking and media take the most time to find a suitable candidate for job openings posted on its website. Data reveals that in certain cases, such as finding an independent consultant in architecture or a quality manager at an import-export company, it takes as long as 10 months to close a job posting. On the contrary, jobs like those of a systems engineer in IT, a sales manager in banking or insurance, or even a reservation officer in a ticketing company take just 1-5 days to fill.

When it comes to functional areas, most employers find it extremely difficult to recruit the right talent in research and development, followed by sales and business development and software services (see ‘How tough is it to find the right candidates?'). The jobs that get filled  easily are those in human resources and administration as well as in the accounts domains. But finding the right people for marketing remains a problem area for many. "We mostly get stuck while finding a product marketing guy or maybe regional managers," says Prashant Deo Singh, HR head at Panasonic India. "People have been selling washing machines and refrigerators for years. But we look for people who have the ability to not just sell but scale up the business," adds Singh. He explains that it is not a lack of qualifications that is causing a talent crunch but a lack of entrepreneurial skills.

Surprisingly, the jobs survey echoes Singh's thoughts — 43 per cent of the recruiters said applicants have the qualifications but lack the right aptitude.

Unreasonable salary expectations create another hurdle. When asked, about 37 per cent applicants said they expected 20-30 per cent hikes in salary when switching jobs. The next 28 per cent had an expectation level of above 30 per cent.

Unrealistic as it may seem, who doesn't dream of a great salary hike!

The Other Side Of The Coin
If you thought the gap between what is required and what is offered is only because of under-qualified job seekers, you are mistaken. Employers believe sales and HR are two fields where they often find people with more than the required experience or educational qualification applying for the jobs. But such candidates are few — recruiters believe that less than 10 per cent of the applicants have qualifications higher than those required by the employer.

Job seekers think otherwise — about 49 per cent said they have worked in organisations where they were overqualified for the profile offered to them.

While the general sense one gets is that talent is hard to come by across the globe, there are some who say the problem in India is really not that serious.

"There is no talent shortage in India. If talent acquisition managers do not know the right channels and do not have a proper ‘go to market' strategy to hire, they will continue to face challenges and shortages," says Adil Malia, president of HR at Essar Group. He believes that India has some of the finest graduation and post-graduation colleges. The only areas where he thinks India does not have adequate skilled workforce available are technical fields such as environment engineering and safety engineering. "Our institutes are not focused on applied engineering jobs," he says.

Essar Group has a training academy at Hazira, Gujarat — Essar Academy for Steel — which runs strategic training and development programmes for its employees. The company did not disclose how much it invests every year on the training school.


Dell India has a similar story. The company says it has not faced any difficulty in finding the right talent. "When we started the India operations, we had many expats (expatriates) working for us. Today we do not have a single expat," says Vijay Bharadwaj, vice-president of HR at Dell India. "Anytime we have wanted to hire a leader at a senior level or even at a very senior level, we have had no problem in getting the right talent," he says. Companies that are unable to project the right image in the market face issues in attracting the right talent, says Bharadwaj. "We are happy being in India because we get the right talent in every field that we require," he adds.

Job seekers agree with him. Nearly 67 per cent of the job applicants we spoke to during the survey said a company's industry ranking was of utmost importance to them. The other important factors were the job profiles offered and the remuneration.

It is well known that India's higher education is not industry-oriented. Only recently have some institutes started redesigning their courses to an extent. But as the survey points out, even though there may be enough candidates with industry-required qualifications, many do not have the right aptitude. And there are no degrees for aptitude.