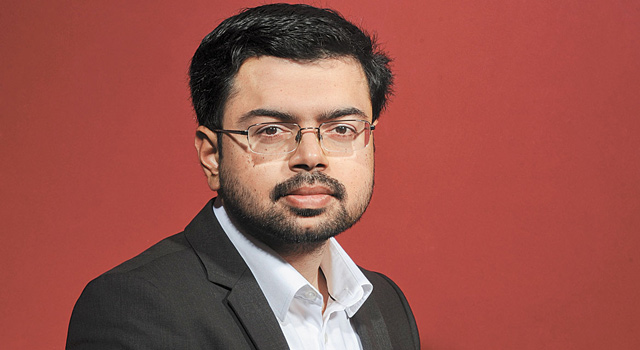 08 December, 2014
Print this article Font size -16+
For many years I have been reflecting on the fact that I have never managed to get an opportunity to vote in India as I have always been transient — moving often for education, work, and now, for the last many years, as a digital entrepreneur globally. Weirdly enough, I do cast my opinion in many global forums. But what’s even more paradoxical is that the technologies required to authorise my identity and cast votes remotely exists for years now. I am guessing I am not the only one in this situation. And, the number of such people like me are only bound to rise dramatically, fuelled by a growing economy, people moving across state borders and internationally, amplifying the effects of the so-called demographic dividend i.e the surge in working youth population in the coming decades in India. Let us also remember that this trend strongly coincides with the advent of mobile telephony and Internet penetration. The timing could never be better for a new era in representative governance.
The only way to create a truly participatory democracy at scale is through the use of mobile technology, Internet and digital authentication. It’s inevitable. Taking cues from every other practical aspect of life like banking, travel, etc., a model has to be designed to include the not-so-digitally-connected, the illiterate and the citizens living in remote areas (and not to forget the ones abroad). This might be unconventional, but still feasible via advances in voice recognition and biometric recognition technologies. This could be argued as uniquely Indian flavour of Netocracy, which is basically a portmanteau of Internet and democracy in its widest interpretation.
This amalgamation of digital technology and representative process offers some unusual advantage that was not possible before in a large population until recently. Interestingly, Netocracy offers a chance to bridge direct and representative democratic processes through a unified hybrid model. That is, people can have much more direct influence and control over their elected leaders. This has huge implications on the role of central and state governance by actually exerting direct influence on local leaders as well as national ones.
Netrocracy also brings about transparency in the electorate processes as it reduces the chance of voter fraud or intimidation, thus offering a secure and more discreet process to voters who don’t always take the initiative to cast their vote. Netorcracy will also open up the dormant voter base who don’t take more active interest in exercising their franchise as it has the potential to create better anonymity while reducing the risk of tampering or social manipulation.
Netocracy can also be used to create better accountability if linked to e-governance. This is possible if it used a continuous tool rather than once a term i.e build a more continuous referendum-based culture of governance rather than a distant and infrequent chance to influence policy.
Even though this trend is inevitable (in some form or the other), it is yet to be supported with an appropriate level of technology, and this, might be the call for action to the technology community towards better encryption schemes, more robust biometric authorisations, resilient networks and  infrastructure that offer harmonised yet decentralised control. Most importantly, it needs to offer privacy and security in the most robust and non-intrusive way. An interesting analogy in the digital world is the rise of bit torrent protocol; we need a similar approach to create a Netocracy protocol.
Last but not the least, let us not forget that such digital technology enabled democratic process can actually co-exist with conventional paper-based ballot or electronic voting machines. We will see a slow transition, but I’m hoping the next chance I get to vote will be in an era of truly representative Netocracy.
The author is a designer, global speaker and technology entrepreneur
(This story was published in BW | Businessworld Issue Dated 15-12-2014)
Tags assigned to this article:
magazine governance democracy internet technology magazine 15 december 2014 netocracy vinay venkatraman