A Conspiracy To Betray 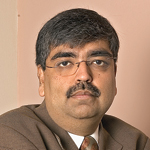 In your relationship with Kiminey Bank, the bank pretended to show care and pretended to respect you. The bank used the knowledge about you to benefit itself. It did not behave responsibly towards you as it continued to blame you for your decisions, instead of owning responsibility for having guided you in a deceitful manner.

So, both these organisations have wilfully treated you in a manner that betrays a common understanding of trust. If you as an adult encouraged a child to jump from a height and then were not there to catch her when she did jump, would you accept the responsibility that you contributed to the hurt or would you point to the fact that you had pointed out she may get hurt as fine print?

It may seem that you used your will and preference, and you made an unwise decision so it is your responsibility. However, the reality is that you were not given the information in the form that you would make sense of and you did not make an informed decision.
The behaviour of both the bank and the insurance company has been a conspiracy to exploit. If any of your friends or family had done this to you, believe it or not, you would not have been on talking terms with them for the next few years. You would have felt abused and betrayed. The sense of betrayal would make you feel violated.

But your bank did this to a high-net worth individual (HNI), so it is called ‘reasonable practice' of business. It will continue to be so, as in providing such services, the service provider forgets to ask some pertinent questions. Let us together ask those questions.

Question 1. What was the basis of the relationship on which the service was being provided? Trust, is the obvious answer to this. Trust built over years of not harming and fulfilling promises, smiling and being nice. Now, the supplementary question is that can this trust be then suddenly monetised to benefit another commercial relationship?

Question 2. What was the service being provided by the bank to the HNI? Was the service that of a referrer? Or was the service of a consultant that helps the HNI to make an informed decision? The bank seems to be working as a surrogate solicitor under the garb of the consultant. It cannot be both. Such conflict of interests should disqualify the bank from the role of being the guide and coach to its customers.

Question 4. What are the redress mechanisms for people who are affected by this cheating? There are only a few solutions. The first is to undo the impact by making the bank and the insurance company pay the customer his reasonable loss. The second solution is to audit all HNI relationships at the said bank and see who else is being sold the broad dream and the fine print. The third solution is to stop the banks from soliciting on the behalf of insurance firms.

The vacuum of values extends beyond all transactions and across the geographical boundaries. So the long-term solution for challenging the cynicism is reintroducing a reflection about what we do and how we do it in our everyday practice.

Achal Bhagat is senior consultant psychiatrist and psychotherapist at Apollo Hospital Delhi. He is also the founder director of Saarthak, a not-for-profit organisation for mental health