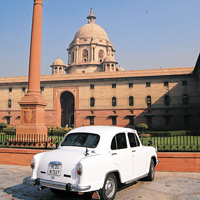 In August, the Finance Minister put a tax code in the public domain. The government wants to enact it to replace all the existing direct tax legislation including the Income Tax Act and the Wealth Tax Act. Finance Minister Pranab Mukherjee claimed that the code was written in simple language, and placed it on the ministry's website so that people could read it and criticise it. He has finally had some success in attracting criticism.

BJP leader Arun Jaitley has attacked these changes. He made three major charges. First, the unification of the exemption limit at Rs 1.6 lakh would raise tax on some women and old people earning less than Rs10 lakh. Second, the vastly increased exemption limit of Rs 3 lakh for specified savings would be useless to those who cannot save so much. Finally, all specified savings and income from them will be taxed only when they are withdrawn and consumed. This will bring to an end the exemption that investment in some government bonds and savings schemes currently enjoys.

This is how a politician would look at the tax code. The budget has been a favourite instrument of politicians to curry favour with sections of the electorate. Every opportunistic finance minister would think of some special interest or another and introduce a remission for it. That is how the Income Tax Act has become so sprawling and complex. Removing these little gifts, made by finance ministers long gone by to their favourites of the time will make a few people pay a bit more tax; but for them as well as the rest, computing income tax will become so simple that they will be able to do it themselves.

While Jaitley bats for selected women, the rest will give Mukherjee a thumbs-up. The raising of the exemption limit is useless to someone who does not save; but no one is compelled not to save, and a higher limit will persuade some to save more, which is good for them and for the country. The savings exemption limit does not become too high simply because some spendthrifts cannot take advantage of it.

Some savings are totally exempt today not to reward the savers or encourage saving, but to divert savings to narrow government schemes. If the government stops using income tax to do itself such special favours, so much the better. Most of the savings, except those that go into the government's favoured schemes, are taxed at one or both of two stages. Some form part of taxable income and are taxed when they arise; the income from others is taxed when it accrues. The tax code proposes to remove these taxes. When Jaitley says that the exempt-exempt-tax system will raise taxes, he is deluding taxpayers.

The points made here are not rocket science; certainly, they are not beyond the reach of such an intelligent lawyer like Arun Jaitley. Why then did he get them wrong? It is perfectly possible that he made an honest mistake. The tax code is quite simple as fiscal legislation goes; but maybe he did not read it carefully enough. The other possibility is that he read it with great care to discover what political advantage he could derive from it. And having invested the effort, he could not let go the opportunity of scoring points, even if the tax code did not honestly lend itself to them. Politics can play funny tricks with the minds of its practitioners.