A Blow To Funds Inflow 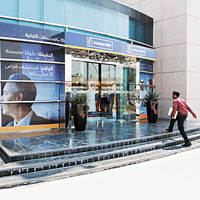 Remitting money from abroad just became a tad more expensive. Blame it on the service tax notification on ‘place of provision of services' released last week. From 1 July this year, a service tax of 12.36 per cent will be charged on the fees paid for fund transfer.

The market for inward remittances by the NRI community is estimated at $65 billion.

One state that has been roiled is Kerala, which accounts for a significant amount of remittances. They number about 2.2 million a month, according to K.R. Bijimon, chief general manager at Muthoot Finance.

Assuming an average fee of Rs 100 per transaction, that is about Rs 1,000 crore a year.

That's one way of closing the budget deficit, but most remittance recipients would see it as a disservice tax.

Strictly Business
Air Finland has grounded operations and filed for bankruptcy. The Helsinki-based operator, founded in 2002, has cited high fuel prices and low utilisation levels as the reasons behind the grounding.