7 Words To Avoid In Your Résumé 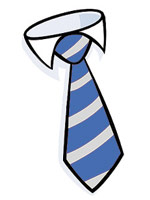 08 November, 2014
Print this article Font size -16+
LinkedIn, the world’s largest professional network, and Sanjay Modi, MD (India, Middle East, South-east Asia) of the job portal Monster.com, listed out the following words as some of the most overused on résumés, which may not exactly charm future employers. So, even if you are a motivated and innovative go-getter, with a result-oriented, creative approach that is hugely effective, you may want to go easy on the adjectives. Use them at your own risk.
Hard-working
If you’re saying you’re a hard worker, give examples, don’t let it hang there as an empty word. It’s more convincing if you describe situations in which your hard work benefited an employer.
Creative
This started off as a great descriptor, but now it’s one of those terms that is used so often, that it’s lost all impact. There’s no creativity in stating you’re creative!
Team Player
Organisations don’t work in isolation and neither do employees. There are very few jobs that don’t involve working with someone else. Mention instances and relevant success stories about collaboration and teamwork.
Results Oriented
If you’re applying for a job, it’s expected that you are focused on delivering results. Unlike life, the job is not all about the journey.
Effective
How? Talk facts, figures, and stay away from this ‘top-most used word in Indian résumés’.
Salary Negotiable
Putting down salary negotiations is redundant in the résumé. You’re strongly advised to keep your CV brief, so focus on your personal qualities and professional expertise instead. The salary negotiations will follow.
Motivated
Sometimes it’s not only about you, but the affect you have on others. Can YOU motivate your team instead?