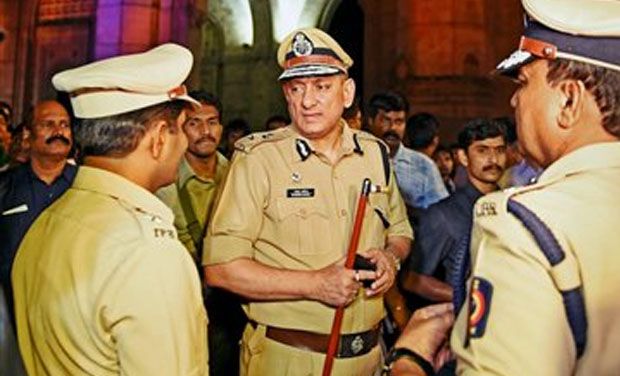 The Lalit Modi-Rakesh Maria meeting mystery plot thickens as Prithviraj Chavan, who was Maharashtra Chief Minister when Maria met the disgraced Indian Premier League czar in London in July last year, has said neither the Mumbai police commissioner nor the then home minister had informed him of the interaction overseas.

"He (Maria) did not speak to me about the meeting with Lalit Modi in London after returning from London. Nor had he talked to me about it before going. And neither had my home minister mentioned anything about this meeting to me ever.... Such visits are cleared at the level of the home minister," Chavan told The Telegraph.

Will the Devendra Fadnavis-led Maharashtra government ask top cop Maria to step down in the wake of Lalitgate controversy? At present, it seems unlikely as the Centre is still reluctant to take any substantial action against External Affairs Minister Sushma Swaraj and Rajasthan Chief Minister Vasundra Raje. They appear to have aided a family friend, Lalit Modi, who had fled India ahead of questioning over corruption.

However, an NDTV.com reports says Maria confronts the possibility of being transferred as penalty for a meeting he held last year in London with Lalit Modi. Maria met with Chief Minister Fadnavis last night for a first-hand explanation of the controversial conferral.

Currently, the only saving grace for the Narendra Modi government is that Lalit Modi also has connections with many top leaders from other political parties including the Congress and the Nationalist Congress Party.

Last week, Maria found his name dragged into the controversy surrounding Lalit Modi after pictures of him and his wife meeting the disgraced former IPL czar in London surfaced on television channels. Maria released a media note explaining the circumstances that led to the meeting and also clarified that he had informed the then home minister of Maharashtra, the late R R Patil, of the meeting. "In the month of July 2014, I officially attended a conference in London," Maria said in the note, adding that he was "approached by an advocate representing Lalit Modi who stated that Lalit Modi wanted to meet me" regarding a "grave threat to his and his family's life in London".

Here are seven things you might want to know about Maria

1) On February 16, 2014, Maria took over as the new Mumbai Police Commissioner, in place of Satyapal Singh, who had resigned from the police to join politics. While the Congress wanted either Javed Ahmed (a 1979-batch officer) or Vinod Kamble (a 1980-batch in the post), the NCP lobbied for Maria. The delay left the Mumbai police chief's post vacant for two weeks, perhaps for the first time in recent years. The BJP had raised the caste question, asking why a Dalit candidate — Kamble — had been ignored.

3) As additional commissioner, Maria cracked the 2003 twin bombings at the Gateway of India and Zaveri Bazaar and arrested Ashrat Ansari and his wife Fahmida who had planted bombs inside two taxis. It was considered one of his best detections as neither Ansari nor his wife had a crime record. Maria's team had traced them using pure plainclothes surveillance and informer network.

4) Maria manned the Mumbai police main control room, co-ordinating the response of the force during the 26/11 attack. Apart from quickly unravelling the conspiracy behind the 26/11 attacks, he also interrogated the prime accused Mohammed Ajmal Kasab.

5) Vinita Kamte, the wife of slain officer Ashok Kamte, accused Maria of hiding the truth pertaining to the events of the night of 26/11 and not doing enough to provide security to senior officers Hemant Karkare, Vijay Salaskar and her husband. In her book To The Last Bullet, Kamte slammed Maria for inaction. She says in her book that Karkare, Salaskar and her husband were not provided with correct information on the terrorists' location as they entered the lane where they were shot.

6) As the head of the anti-terror squad, Maria investigated the German Bakery bombings in Pune, the July 2011 triple bombings at Opera House, Zaveri Bazaar and Dadar, and the serial bombings at Junglee Maharaj Road in Pune in August 2012.

7) As inspector-general, Maria handled the Ramesh Kini murder case that put Maharashtra Navanirman Sena chief Raj Thackeray, then in the Shiv Sena, in the dock when Sena-BJP was in power.