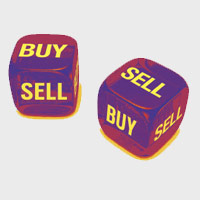 08 November, 2014
Print this article Font size -16+
Bull run! Well, what did it take after all? A lot actually! First, people needed to miss it to want it more. Five years of lacklustre markets triggered this big yearning for a rampaging bull run. Second, it required a national stage to seed and bud. The general elections provided that platform. Third, the bull run (in-the-making) needed somebody to talk it up. A man with a 56-inch chest provided the necessary sound bites. Fourth, it needed a big change from the routine. The Modi-led NDA government brought about the biggest change this year.

Looked at from the top, it’s pretty clear that the above-listed pointers set the tone for a multi-year bull run. Once it started, smaller factors combined with each other to jointly support the surge.

How else can one describe this bull run? Positive factors such as declining crude prices or cooling of commodity prices do not happen every other day. But if these are happening at the cusp of a bull run, can it be called a mere happenstance?
May be... may be not!

That said, the bull run is changing the lives of people — some people, if not all. Brokerages have started hiring. Investment bankers have started feeling important. Analysts are working hard on new investment themes. Fund managers are warming up to enter the NAV race. The sales guys are perfecting their pitch. The buzz is growing into a chorus on Dalal Street.

But more than the buzz, it’s the chatter we’re interested in.

The chatter is back — in local trains and trams, bus stops and railway stations, coffee corners and parking lots, at weddings and parties. “Where’s the market headed?”

Up. It’s a bull run like no other, stupid!