200 detained in connection with farmers' tractor rally violence in Delhi

200 detained in connection with farmers' tractor rally violence in Delhi

New Delhi [India], January 27 (ANI): Delhi Police has detained 200 people in connection with the violence that broke out in various parts of the national capital during the farmers' tractor rally in the city on Tuesday.
In a statement, the Delhi Police on Wednesday said that the "detained persons will be arrested soon."
A total of 22 FIRs have been registered regarding the violence in which over 300 police personnel were injured.
A day after vandalism in the Red Fort premises by the agitating farmers during the tractor rally, Union Tourism Minister Prahlad Patel along with police and other officials visited the incident spot where broken shards of glass, scattered pieces of paper, vandalised ticket counter, metal detector gate, and Police caps could be seen. 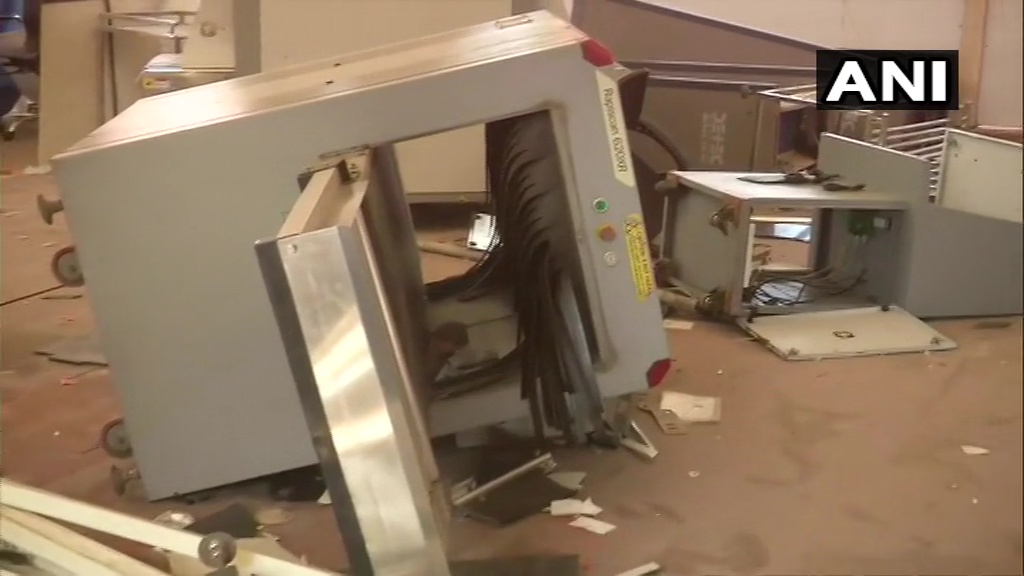 Meanwhile, Delhi Police in a statement said that it has registered an FIR under IPC Sec 395 (dacoity), 397 (robbery, or dacoity, with attempt to cause death or grievous hurt), 120 b (punishment of criminal conspiracy) and other sections, regarding yesterday's violence at Red Fort.
"The matter will be investigated by Crime Branch," it added.
PC Yadav, one of the Delhi Police personnel, who was deployed at Red Fort and was injured said that police did not use force and showed restraint.
"I was on duty at the Red Fort on Republic Day. A group of people entered the Red Fort premises. We tried to move them out but they attacked us. They had sticks in their hands. I was taking a policeman to the hospital as he was injured. I too was injured. We used restraint. We did not use force as it could have lead to more people being hurt," Yadav said.
Delhi Police said that additional DCP Central's operator was also attacked with a sword at ITO on Tuesday during the violence.
A meeting of the Delhi Commissioner of Police with senior police officers is currently underway to review the security situation in the aftermath of the violence.
The Delhi Police is scheduled to hold a press briefing today.
Farmers broke barricades to enter Delhi and indulged in vandalism across several parts of the national capital during their Kisan tractor rally organised to protest against the Centre's three new farm laws. Several public and private properties were damaged in acts of vandalism by the rioting mob.
Farmers have been protesting on the different borders of the national capital since November 26 against the three newly enacted farm laws - Farmers' Produce Trade and Commerce (Promotion and Facilitation) Act, 2020; the Farmers Empowerment and Protection) Agreement on Price Assurance and farm Services Act 2020 and the Essential Commodities (Amendment) Act, 2020. (ANI)