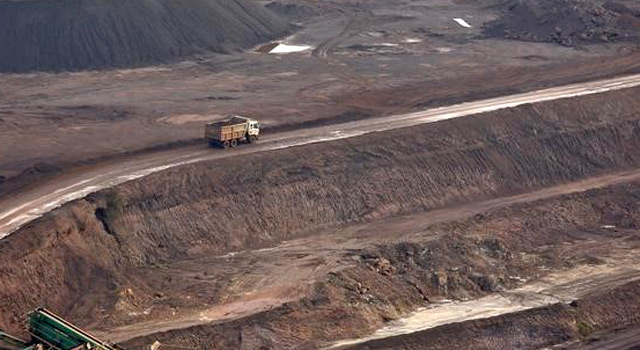 08 April, 2015
Print this article Font size -16+
Around 12 million tonnes of low-grade iron ore has been stuck at Indian ports for months, stranded as hefty export taxes and plunging prices make higher quality ore more appealing to buyers, said industry and government officials.
Indian steel producers, many of which have been buying iron ore overseas amid short supply at home, are unable to use the low-grade material, which is typically shipped to top market China.
The stranded ore is bad news for Indian miners and exporters who are smarting from a 30-percent duty on iron ore exports, and comes as a handful of large international miners are bent on maximising output to push out smaller rivals.
"For many of us, it's a case of blocked capital. We are on the brink of sinking," said P.K. Chaki, honorary secretary of the Iron Ore Exporters' Association, which groups companies based in the states of Odisha and West Bengal.
India used to be the world's No. 3 iron ore supplier until court-imposed mining and export curbs from 2010 aimed against illegal mining in key states constricted supply, bloating imports to a record 8 million tonnes last year, according to commodities consultancy OreTeam.
Iron ore for delivery to China this week fell to its lowest since May 2009 at $61.30 a tonne, based on data from The Steel Index, extending losses to more than 50 percent from last year.
That has curbed appetite for lower quality material unless offered at deep discounts, traders said.
There have been around 4 million tonnes of iron ore lying in eastern ports near Odisha, India's top producing iron ore state, since April last year, said Chaki.
There are some 8 million tonnes of ore at ports in Goa, said Prasanna Acharya, state government director of mines and geology.
While some mining curbs are gradually being lifted, the Iron Ore Exporters' Association in a letter to Prime Minister Narendra Modi in January urged the government to scrap the 30-percent tax for exports of low-grade material, hoping to turn the port stocks into cash.
"Since the ore is useless and a considerable amount of spending has already happened on mining and moving this ore, the exporters are trying to attain some collections," said Prakash Duvvuri, head of research at OreTeam.
(Reuters)
Tags assigned to this article:
news 6 mining iron ore goa shipping oreteam prasanna acharya prakash duvvuri iron ore exporters association