'We're Not Just A Bearings Company' 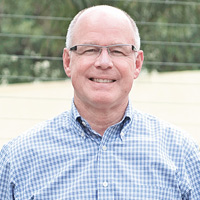 08 November, 2014
Print this article Font size -16+
For almost 90 years of its 113-year existence, US-headquartered Timken mostly made one product: tapered roller bearings. However, over the past decade, it has diversified into speciality steels and newer markets. It entered India in 1987 in a joint venture with the Tata Iron and Steel Company (Tisco). In 1999, Timken bought out Tisco's stake to hold 80 per cent; the rest was publicly owned. As it celebrates 25 years here, Timken has plans to introduce other products from its global portfolio, even as it weighs the option of delisting. Timken president and CEO James W. Griffith was recently in India and spoke to BW's Venkatesha Babu on the company's future strategy in India. Edited excerpts:

Walk us through Timken's reinvention as a multi-product manufacturing firm from being mostly a bearing maker...
We have undergone a radical change over the past half a dozen years. Ten years ago, we were predominantly an OEM (original equipment manufacturer) company, with 50 per cent of our output comprising automotive bearings. As a result, we had inconsistent revenue and volatile profitability. We undertook a radical transformation which has now created a diversified market base. We also increased our international footprint; from being just North America-centric, today, in certain businesses, the majority of our revenues comes from outside America. We have grown rapidly in Asia, mainly India and China, apart from Latin America and Africa. In the long term we see Asia continuing to drive our global growth. The North American market, which had slowed down, we see it slowly coming back.

We recognised a decade ago that the products we sold to the auto industry were getting commoditised. We also realised that if our products could keep a wind generation turbine or an Indian railroad or a power plant going for four years, it would be of incredible value. So we shifted to markets where our knowledge brings value.

Beyond bearings, what are the other market segments that you have entered?
We have four broad lines of business. Mobile (about 30-40 per cent of our sales) is mostly about bearings and mechanical components for the auto, heavy truck and agricultural equipment market; then there are process industries (components for power transmission) and energy and heavy industry machinery (about 25 per cent of revenue); the aerospace and defence (about 10 per cent) segment makes helicopter transmission systems, rotor head assemblies, turbine engine components; and, of course, speciality steels (30 per cent). In 2008, our mobile business was worth $2.5 billion; today, it is about $1.7 billion or so. We have deliberately chosen to focus our growth on the more profitable segments of the market like process industries and speciality steels. Even in the auto market, we focus more on the after-sales market than the OEM market, as it is more profitable.

India, at $120-130 million, contributes  just 2-3 per cent of your global revenue. What are your plans here?
If one looks at us in the rear-view mirror, one would conclude that we are an American firm. But if you look at us through the windshield, we are a global firm, with a focus on Asia. While 12-13 per cent of our revenues come from Asia, around 25 per cent of our global employees (approximately 21,000) are in Asia. You can read where our future is and where we are investing. We did not come here to merely leverage the low-cost base in manufacturing and export. In this region, we are still an importer of products.

We came here because the future of Timken is based in Asia.

We defined new business models and markets here. For instance, we discovered there was a huge demand for engineered grease. We don't sell grease anywhere in the world, but decided to do so in India. You have a rapidly growing steel industry which requires setting up mills and maintaining them. We offered this as a service where roll shops are maintained by us. We are not a bearing company here. We are an equipment reliability company. Half of our revenues here come from products that we have launched in the past 10 years.

Sanjay Koul's (MD of Timken India) mandate is to grow the India business profitably. We are looking at tapping the Indian aerospace and defence markets, and are in advanced discussions with some public sector companies in these segments. We have taken several innovations achieved in the Indian market - such as special pouches to prevent counterfeit bearings - to other markets such as China and Asean where we operate. India is important as a market, as well as a talent and vendor base.

By June 2013, you will have to either offload 5 per cent in the market to meet regulatory requirements or opt for delisting. What do you intend to do?
That is a decision for the Timken India board to take. They have taken no decision as of now and I won't be able to comment on it. The broader thing to remember is that Timken India is only one of the entities we have here. We have two more entities, Timken Engineering and Research India and Timken India Manufacturing.

The Chennai manufacturing facility is mostly an export-oriented unit whose product range is different from the requirements of the local market. So, we set it up under a different entity. The Bangalore facility is an export corporation that has a service centre from a manufacturing, IT and product point of view. In each case, we examine the synergies and take appropriate decisions.