'We Now Have Firepower' 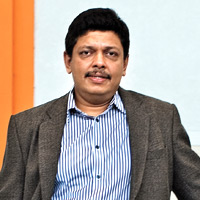 When did the hunt for a buyer really begin?
About 6-7 months ago, we sat down to figure out where we were in our journey to grow into a large company. Keeping in mind client expectations and competition, we knew that either we needed to become big or create some kind of unique capability to differentiate. On the client side, customers of BPO services now expect their suppliers to be a one-stop shop. So the BPO service provider has to provide consulting, business processes, technology and increasingly, front-office services as well.

What were your reasons to look for a buyer?
The way that outsourcing contracts are structured has changed in the past three years, specifically after the global recession. Clients now expect the BPO service provider to buy out their facilities (shared services centers) or fund their losses for 12-18 months.

Typically, in the first few months of the term of an outsourcing contract, the client incurs a negative impact on its bottom line. After the recession, clients started asking the service provider to bear that loss.

It would have been a struggle to address all these factors effectively at our current size (Intelenet's revenues as on March 2011 were reportedly around $272 million. Serco's revenues are $9 billion.)

When did you start talking to Serco? How is the deal being structured?
Barclays and Avendus introduced us to Serco about four months ago. We were looking for a partner who could give us scale and access to front-end services. They did not have a sizeable BPO business yet (Serco acquired Gurgaon-based InfoVision in 2008, which will most likely be merged with Intelenet) and it seemed a perfect fit.

It is a £385-million ($634.2-million) deal, of which £335 million will be paid on the closing of the deal. The remaining £50 million will be paid over a period of time, depending on certain expectations in terms of business commitments by Barclays and Blackstone. All shareholders, including the employees and management, are selling their stakes.

What kind of growth do you expect after the acquisition?
Let us put it this way. If you look at the past, our typical annual contract size was $30-50 million. Following the acquisition, we believe that we can go up to $150-200 million in terms of annual contract size. Further, if we need to make investments, buy out a shared services centre, etc., we now have that firepower.

How long will the integration with Serco take?
Well, there is no separate BPO business that we have to integrate, except for Serco BPO, which is in India and small enough to stitch in. We need to get some of the support functions integrated, such as finance and human resources. The go-to-market strategy, where we will have to leverage the existing sales force in Serco to sell our BPO capability, will need some integration, and there is a plan being put in place.

I do not think there will be a big challenge in any form because it is a different business line. However, we will have to find a way to understand and work together with the sales guys because there will be one transition team. We are giving ourselves about six months'
time for this.