'We Do See The Larger Opportunity In Mid-scale Market' 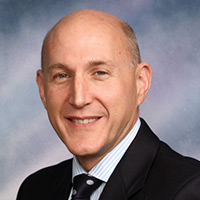 08 November, 2014
Print this article Font size -16+
Accor is one of the few international chains operating in India that has an ownership as well as operating model. The chain also looks at all segments of the market –- from upscale to economy. Accor, which is growing at a steady pace, has completed nearly ten years in the country and plans to target 50 hotels by 2015. BW|Businessworld's Chitra Narayanan chats with Michael Issenberg, chairman and COO, Asia Pacific, to get an update on Accor’s strategy in India.

What’s your pipeline of development in India?
We have 20 operating hotels today in India. By 2015 we should have another 30 hotels operating - so we are looking at about 50 hotels by 2015. And then on top of that about another 20 of them that are in the plans.

Are you investing in these?
We have committed about $200 million to India, that includes some hotels already open and some of those hotels will be opened by 2015.

So what is the percentage of owned versus managed in this?
About 60 per cent are owned.

There appears to be a race for 100 hotels in India between the global hospitality companies. Are you also in the race?
Well, I said 30 more open by 2015 – those are all under construction. Once you get beyond that.. let’s get to 2015 and worry about that later.

Is this volume game the right way to go forward?
Supply has ramped up. Obviously the next couple of years will be challenging. How real everyone’s pipeline is I don’t know. I am not denigrating it. But surely there will be a fair amount of hotels opening up. No matter what there will be a lot of new hotels opening in India in the next three years and it will be challenging operating them.

That’s mid market and economy? What about luxury? Does this mean you are betting more on midmarket?
Everyone’s strategy slightly varies... we do have some luxury openings coming up. We have Pullman opening in Aerocity and one in Chandigarh. So, we are not ignoring any segment of market. But we do see the larger opportunity in mid-scale market.

What are the challenges of midscale market? There is a perception that Indian operators would score better in this as global operators tend to focus on global travellers.
That’s not true. For us the biggest market is always Indian. We compete with Australian companies in Australia, we compete with French companies in France. I don’t spend that that much time worrying about what our Indian competitors are doing, but focus on our products doing well. For instance, how you train them, how you get people to stay in our hotels, look after guests. It’s all about execution.

Another perception is that global chains have a cookie cutter -- a one-size-fits-all -- model. Asian brands have a more flexible and customised model? How do you react to that?
I would say go look at our hotels – if they are cookie cutter tell me. If you look at our hotels in India, they have a design and plan. Look at some of our hotels in Bangalore, they are very highly designed. They are of the same family of what we do in other parts of Asia, but they don’t look the same. They are very well accepted.

How do you customise for the Indian market?
The food offering is more in India - for instance our Ibis hotel offers much more than in other parts of the world. In India, we have slightly more services because Indians are used to services. The design is not dramatically different but it is a little bit different. We use more stone in India -– we do a number of minor tweaks that add up to a lot.

Have owners approach to hoteliering changed? Do you see them becoming more focused on returns?
Our job is to help them. There is an oversupply and a lot of operators. Our job is to make sure that we do better than competition.

Do you see a change in profile of the hoteliers? How do you deal with owner versus operator issues?
Five or six years ago a lot of major real estate players were going to roll out dozens and hundreds of hotels. But now that has changed somewhat. Though ironically, it has not changed all that much – it is not more about individuals.

But owner operator issues is not different in India than anywhere else. There are a number of reasons why hotels change hands between operators. It might not happen because of finances, or because of something else. India has its own peculiarity but it is not that different from the rest of the world. In the end it boils down to how you develop hotels, how you operate hotels, how you market hotels, which is the same everywhere.

Operating here vs China? How do you compare the two?
In China, our scale of operations is much higher. We already have 135 hotels and in the pipeline there are another 90. But ironically here in India, there is a history of hospitality. Your ability to attract staff and train staff is high here.

Are there any brands that are developed specifically for specific countries?
There is a brand called F1 only in France. There’a a brand that we have specially tailored for China. It’s called the Mei Jue. We have not created the brand, but tailored our Grand Mercure brand and re-engineered it for Chna. We launched it about 14 months ago and gone very well.

Would you look at tailoring a brand for india?
We will.