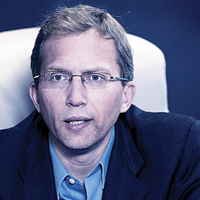 French infrastructure major Alstom, a global player in transport infrastructure, power generation and transmission with a turnover of E19.9 billion (2011-12), is betting big on India’s urban infrastructure. The firm is already associated with almost all ongoing Metro projects and is bidding for more opportunities in the urban transport sector. Alstom is in the final stages of commissioning its greenfield metro coach manufacturing facility at Sri City (bordering Andhra Pradesh) to cater to the needs of the Chennai Metro project. Henri Poupart, president, global operations of Alstom’s transport division, talks to BW’s Joe C. Mathew about the importance of Indian market. Excerpts:

How do you see the growth of urban transport infrastructure in India?
It is difficult to predict a particular rate of growth (for India) due to the uncertainty of the timing of the business, particularly in the case of mainline railways. However, there is definitely a need for substantial investment in existing railway infrastructure. Hence, there is a large market potential. In the case of Metros, however, there is predictability, with an average of one new Metro project each year.

Can Alstom play a bigger role in upcoming urban rail projects in various cities?
Yes. Alstom Transport has all the expertise and it can play a very important role in several upcoming urban rail projects. Not only can we make the trains, we are also capable of offering a full systems turnkey solution along the lines of what we have executed for the Metro in Singapore.

What is the size and scope of the Chennai facility?
We do not wish to disclose details of our Sri City (Chennai) facility. The facility has been set up to manufacture electrical multiple units, which are coaches with their own propulsion (they do not need engines to haul them).

What is the role of the Transport Information Solutions (TIS) Engineering and Development Centre in Bangalore?
The TIS Centre in Bangalore provides engineering support for a number of our signalling projects in India, Europe and in Asia. This centre is in the midst of being expanded to a global centre of competence in certain TIS solutions, product engineering and R&D. In the next two years, we plan to double the number of engineers and software specialists in this centre. As we operate in a very competitive environment, it won’t be appropriate for us to divulge specific details of our investment and the capabilities that we will develop.

What are your plans for the Coimbatore unit?
The Coimbatore unit was established in 1999 to manufacture a range of traction and signalling equipment for supply to the Indian market. The factory is ISO 2000 and 14001 certified and is located in an industrial area with access to component suppliers. This unit supplies its production to various Alstom rolling stock and component manufacturing units in Europe. Its priority in the next few years will be to supply traction components and looms for the trains of Chennai Metro; these will be made at our Sri City factory.

How do you see the business climate in India, especially after the retrospective tax decisions of the Indian government?
The tax regime seems to be highly uncertain with retrospective legislation and subjective interpretations. These uncertainties make the Indian business environment much more challenging. Nevertheless, India is an important market which we cannot ignore and we are optimistic that these issues will be resolved in a fair and reasonable manner.

What do you think about India’s tender system for infrastructure projects?
The tendering system in India is a process wherein a bidder who is technically compliant and offers the lowest price is the winner, which is a fair and objective method. However, we expect qualitative factors such as lifecycle cost, energy consumption, etc. to be used increasingly in the evaluation criteria, beyond price per se. Such evaluation methodology is used in several countries for selecting the winning bidder in railway and Metro projects. We also see maintenance being bundled along with the supply contracts.

Do you have a differential pricing for developing countries? The French government has said your high speed train project is too expensive even for the developed world...
Any large infrastructure project such as the high-speed railway involves a significant investment outlay in a developed or a developing country. The French government’s comments on this have to be viewed in the context of the ongoing challenges affecting most of the European economies. The benefits of a high-speed rail project are not questioned, rather it is the timing of the spend. A very large proportion of the expenditure in a high-speed line is accounted for by the civil infrastructure. Elements such as the high-speed trains, signalling and power supply are smaller. In our business, the question of differential pricing does not arise since each project or customer requires a unique solution. Moreover, the projects are typically won through international competitive bidding wherein a market price is established by the process. Localisation can play an important role in price competitiveness.

What will mass transport systems of the future look like?
In the video ‘Vision for transport in 2035’, Alstom has introduced its vision of the transport system 25 years from now when efficiency, economy and environment will go hand in hand. This vision talks about a new era of transport where the challenge will be to manage the global travel of 7 billion people without depleting the earth’s resources. The idea would be to make travel simpler and economical as well as sustainable.

The vision explores the possibility of door-to-door travel where one single ticket will ensure the multi-modal transportation of a person from one continent to another, ensuring a smooth and trouble-free experience. The congestion and pollution associated with individual modes of transport will be a thing of the past.