‘We Are Doing A Little Bit Of Everything In India' 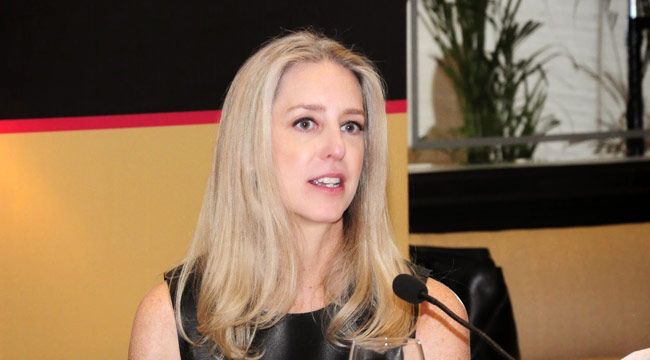 31 March, 2015
Print this article Font size -16+
As the Narendra Modi government focuses on Digital India and “Make in India”, the country is well positioned to capitalize on its IT workforce. It is here that the importance of IPR gains prominence. Washington-based BSA | The Software Alliance which represents the interest of global software publishers has been working with governments around the world to promote policies that foster innovation, drive IT compliance and help protect innovations and IP rights of member companies. Recently, BSA made a presentation on India’s National IPR Policy to the Department of Industrial Policy and Promotion (DIPP). Jodie L. Kelley, senior vice president and general counsel, BSA, spoke to BW| Businessworld’s Anup Jayaram on the issues and the way forward.
Excerpts:
How would you rate the Indian government’s software procurement policies? How does that compare to global norms? What are the areas that need to be tackled urgently?
We represent them all over the world. We do various work on their behalf including policy work, enforcement work for them. Increasingly we are doing work directly with the market place, helping the market understand software and how it is important to their business and the risks associated with not having genuine software. We have some compliance programmes.
On the policy front, obviously there is a lot going on in India. We continue to engage with the government. We met some CIOs. We started an informal group where they can trade best practices. They are very excited about it, I am very excited. We kicked that off. We are doing a little bit of everything here.
There have all along been issues of piracy in India. Do you see that changing? How do you tackle the issues related to piracy and their impact on security?
One of the things that I have started is to talk to groups about the links between unlicensed software and security. IDC just released a study that shows the correlation between the use of unlicensed software and encountering malware. The correlation was 0.79. It is higher than the correlation between smoking and lung cancer. It is a very clear and direct relation. We have to educate people how critical this is. India is not unique in this problem. We need to educate people and impress on them how critical it is. We are happy to help with educating people. Governments have a critical role as well as the publishers to play in this.
Part of it is to have the right infrastructure in place in terms of copyright laws and enforcement, so that people who are willfully ignoring it understand that. It is not that India does not have the laws. The biggest challenge in India is implementation. It is very difficult to get a law enforced. If you go to court, it literally takes years and years. Which means, if you are an infringer, you need not be worried for a decade. And even if you get caught, the price you pay is miniscule. Implementation is the real challenge in India.
The new government has been pushing the Digital India initiative. How do you see that rolling out? What are the problem areas that you see?
We are involved in it. India is a critical market for us. I don’t think in recent times there has been a time when there has been such hope and enthusiasm in such a sense that there are lots of ways to collaborate. In that context, the concept of Digital India is great. It demonstrates a forward looking government that understands where the global economy is going. India should capitalize on it. We are engaged with the government.
You are making a presentation to the DIPP on the National IPR policy. What are the broad points that you have touched upon? How do you see that rolling out?
Our submissions are open. They are online. One of the issues relates to the problems that our members face against willful infringers and the period of time it takes to get them to book. We have shared these issues with thinks tanks. There is one case here since 2008. So it is a fairly long period of time for us to get any justice out of the system. That’s one thing that we are going to recommend to the committee to really look into. There are other good things too. I am looking at strengthening the patent system especially in the software industry. We have to see how they see IT policy evolving over the next ten years.
What are the big IT-related problems that you face here?
If you ask me, on the ground intellectual property rights are one of the most important issues. Our members are engaged here and want to be more engaged in a growing market like India.
What is your take on the current government’s software procurement policy?
We look at the software procurement policies of the government, both at the centre and the states, and identify where there are gaps relating to security concerns. We have a set of recommendations based on what we have seen in other markets. Procurement is really a state subject. Lot of the states have their own versions. There is also a significant lack of transparency in some of the methodologies adopted. With the introduction of the Procurement Bill by the last government, those areas would get clarified as we go ahead.
We have had these conversations with the government, both central and states, over security issues. It’s not that they want to buy non-genuine software. What we need to do is to ensure that they buy genuine software. Most times when governments buy software, it is coupled with hardware. If you look at the Indian tendering system, it is based on a low-cost model. That’s fundamentally where we have a problem.
Tags assigned to this article:
it interview anup jayaram department of industrial policy and promotion othertop1 bsa jodie l kelley