‘Want To Do A McDonald’s’ 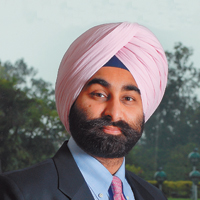 Call it confidence or arrogance, Shivinder Mohan Singh believes that overtaking Apollo Hospitals — which is over two times its size in terms of revenues — is not a matter of "if", but of "how soon". He tells BW 's Rajeev Dubey and Noemie Bisserbe why:

How do you feel one year after the sale of Ranbaxy?
It was an emotive decision up to a point last year. I still think that we did the right thing at the right time. If Ranbaxy had to achieve its global ambitions, it would not have happened under the Ranbaxy family umbrella. We were too big to be small and too small to be big. So you had to jump scale or tie up with a big brother that could ride you. We made a huge attempt to acquire Merck's generic business; we didn't get it. We then decided to partner with the big guys. The discussion with Daiichi started only to spin out the R&D company. And then one thing led to the other.

What was the rationale behind the acquisition of Wockhardt's hospitals?
If you had to do a carve-out, you couldn't have probably chosen a better cut surgically. We wanted to be national (in scale and Wockhardt has probably the most complimentary network to ours. We are focu-sed on similar specialities so it gives us more depth, a chance to do more in terms of stand-ardising protocols or leveraging expertise.

Where do you see Fortis going from here? There's clearly a race with Apollo.
It doesn't matter to me whether it happ-ens (crossing Apollo) this year or three years from now. We know it will happen. But it is not about hitting numbers. In healthcare, it is easy to get scale but not quality. When we bought Escorts, it was a 330-bed hospital running at 90 per cent, with a revenue per bed of Rs 20 crore a year and 2,200 odd manpo-wer. Today, our revenue per bed is Rs 22 crore with an occupancy of 225 beds and 1,477 staff.

Do you have plans in primary care?
I don't want primary-care doctors to think of Fortis as competition. But, eve-ntually, I may have to go down the value chain. I will also have to start taking things out from my hospital. I would be very happy if I had only OTs and ICUs, I don't need rooms. The room is like a hotel, you come, recuperate and go. I have no clinical input, so I can't charge.

Will it be necessary to look outside India at this point?
We have no reason to limit ourselves to India, but it's our first priority. Margins are low, so we need scale. We want to do a McDonald's in healthcare, with a standardised product available in the same look and feel everywhere. It will probably not happen in my lifetime because standardisation in healthcare is difficult to get. But we are planting the seeds.