"They Will Have To Comply" 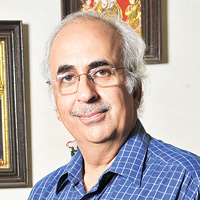 What will be the impact of the proposed Banking Law Amendment Bill on CCI? Will its M&A approval jurisdiction get reduced?
The government is proposing to amend the Banking Regulation Act. Once that happens, banking M&As will go out of the purview of CCI. Till then, they will remain with us. But we will have the power before and after the merger to intervene if there is any anti-competitive practice. Formation of cartels, abuse of dominance — these will remain with us. To look at a financial institution before or even after a merger in relation to how they are behaving, whether they are up to the benchmark set under the Competition Act or not, will continue to be our responsibility. For example, if three or four banks are forming a cartel and carrying on something that is punishable under the Act, we can investigate. If the facts are proved true, we can take action.

For insurance, there is no proposal for such an exemption. For telecom also some view has been expressed, but there is nothing formal at this stage. The Cabinet has decided that a Group of Ministers will look at issues related to the proposed amendment to the Competition Act and the matter of CCI versus sectoral regulators. But that is still at a very preliminary stage.

The government may soon approve a new Competition Policy. What could be its impact on the functioning of CCI?
It will help build the culture of competition. Once that policy is approved by the Cabinet, what it implies is that all government policies and economic policies will have to go through the prism of competition assessment. And they will have to be competition law-compliant. To that extent, CCI's job as the regulator or enforcer of the Competition Law becomes relatively simpler; because entities that are not compliant will begin to do so. But in any case, we will continue to do our job as that is the mandate given to us by Parliament.

Among the major verdicts, only in a few cases has the decision been unanimous. Why are there frequent split verdicts?
When you have a judicial body pronouncing on sensitive economic matters, and you have a bench of seven people, it is neither necessary nor completely desirable that there should be a unanimous verdict. What is really important is that the decisions — whether of the majority or minority — are clearly articulated and put in the public domain. This helps the stakeholders and helps build the jurisprudence in competition law.