'The Book Was Demanding To Be Written' 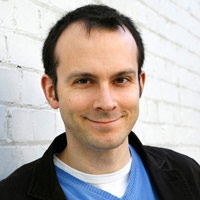 08 November, 2014
Print this article Font size -16+
How did the idea of writing this book come to you? And who is your target audience?
The book was demanding to be written. It was becoming embarrassing to call myself an economist – undercover or not – and yet have little to say about the economic impact of the financial crisis, or the debates over what to do next. My target audience, as with all my books, is a curious person who wants to understand the world in which he or she lives – and that world is very much shaped by the economy. It’s not aimed at professional or academic economists (although I know that many of them do read my books, which is flattering).

Do businesses and policy makers benefit from your book? What has been the feedback so far?
The reviews have been astonishing – sometimes I have to pinch myself at the kind things people have said. I do wish policymakers would pay more attention to some of the issues raised in this book – in particular the need for humility and for gathering the best evidence we can. But I have been in this game long enough to know that policymakers are not always interested either in evidence or in humility.

Even a tongue-in-cheek view of events or a satirical approach needs research. What kind of research did you put into this book?
I disappeared down all sorts of wonderful rabbit holes while researching the book. One highlight was the realisation that the economic analysis of a prisoner of war camp, written in 1945, was the perfect counterbalance to a popular story about a recession in a babysitting co-op. Another was the discovery of the amazing life story of Bill Phillips. I knew that Phillips had made a remarkable hydraulic computer and wanted to make that computer the centrepiece of the book’s introduction – but the more I found out about the astonishing creativity and bravery of Bill Phillips, the better the research quest became.

Economists, policy makers depend on numbers. What if numbers didn't exist?
If the numbers didn’t exist policymakers would have to think of new ways to distort the world! Forgive me; I am becoming cynical after seven years presenting the BBC’s statistical debunking programme, 'More or Less'. Actually these statistics can be hugely important – it’s just that we don’t always treat them with the common sense and respect they deserve.

What's the hardest thing about being a writer?
There is nothing hard about being a writer. It’s the best job I can imagine and I am so lucky I get to do this for a living. If I had to pick something, it’s that the world is full of interesting things to write about, and to write about them with the care they deserve takes time – you can’t cover everything and sometimes deciding to leave some fascinating subjects alone is a painful choice.

What are you reading now? Tell us about the authors and thinkers you follow.
I have just finished the OUP’s 'Very Short Introduction to Genius' – a fascinating little book. I loved Will Gompertz’s short history of modern art, 'What Are You Looking At?', and I am almost through Jon Gertner’s 'The Idea Factory', which is a superb study of one of the most innovative laboratories in history, Bell Labs, particularly between the 1930s and the 1960s. James Scott’s “Two Cheers for Anarchy”. And I also recently finished Malcolm Gladwell’s 'David and Goliath', which is a masterclass in storytelling. Malcolm was a guest speaker one my BBC series 'Pop Up Ideas' and he did a wonderful job.

E-books or paper format?
Paper, for sure – unless I need to travel light.

So, what’s next?
A new BBC series of 'Pop Up Ideas' coming soon – it is available worldwide as a podcast. I have two new book ideas and am bursting to write at least one of them. And I have three children, so I can’t be working all the time…