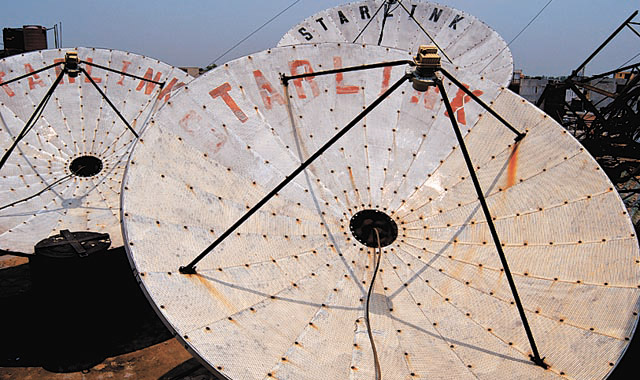 The third phase of the auctions of private FM radio in the country may get delayed as news of broadcaster Sun TV Group mulling taking regal recourse against the rejection of its application for FM-III auctions surfaced on Wednesday (15 July) morning.

The stocks of Kalanithi Maran’s Sun TV Ltd tumbled by over 4 per cent on Wednesday as the news of an inter-ministerial panel having rejected the Sun Group's application to participate in the next-stage FM radio auctions, surfaced. The markets also anticipated similar fate of 33 channels from Sun TV Group that were denied security clearance by the Union Home Ministry earlier. The Sun TV shares closed on Wednesday at Rs 269.40, down Rs 11.80 from its last closing price of Rs 279.20.

Sources said the option of approaching a higher court rests with the Sun TV Group once it officially hears from the government about rejection of its application for the FM radio auctions. “Approaching the court may entail a temporary stay on the FM-III auctions that have already been delayed by over three years since the Cabinet under UPA-II had approved it,” said a media analyst who tracks the radio and television space.

According to government sources, the decision to go ahead with the FM auction without the Sun Group was made on Tuesday at the Application Review Meeting consisting of representatives of various ministries. The committee, comprising officials from finance and law ministries and departments of industrial policy and promotion and telecom approved 25 other participants who had applied for the auction.

Sources said that the I&B minister Arun Jaitley had had multiple meetings with the Home Minister Rajnath Singh over the issue of security clearance.

It should be recalled that the I&B ministry had written to the Home Ministry in March when the later had denied security clearance to the FM channels of the Sun Group. “I&B ministry will have to write a letter to the companies whose applications have been rejected. Its only after the letter is received that any company will take legal recourse,” said an official explaining the procedure going forward.

Reports suggest the the I&B ministry had sought the opinion of Attorney General Mukul Rohatgi when MHA had declined to give security clearance to Sun TV Channels. The AG is understood to have advised MHA for granting security clearance as its arguments were not tenable in a court of law. However, the MHA has not changed its stance since. The matter is expected to be settled in a court of law, experts said.