"Scale Here Is Unheard Of" 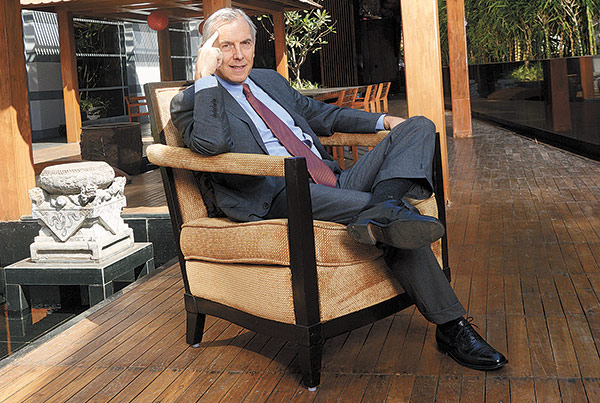 08 November, 2014
Print this article Font size -16+
Vodafone India is now the second-largest MNC in the country by revenues. India is also its largest subscriber base accounting for 38 per cent of its total global subscribers. The company has continued to expand; it even bid aggressively in the recent spectrum auctions despite being embroiled in a Rs 20,000 crore tax dispute with the government of India. Fresh out of the spectrum auctions, Vodafone India managing director and CEO Marten Pieters explains how Vodafone has gained from Glocalising in the country.

When you enter a market, where do you draw the line on whether the offerings should be more global or local?
In India, the scale you can achieve is unheard of, with the exception of China. At the same time, consumers in India are more price-sensitive than in most parts of the world. Pricing is far more essential than it would be in the US or Europe. So, combining the best of the two worlds is what Vodafone tries to do. Don’t underestimate the power of a (global) portfolio. It gives the opportunity to seed your investment. For Vodafone, Europe is the more mature market. The cash flows are coming from there. Now, it can use the cash flows to invest in a country like India.

Where it makes sense, we centralise things. For example, machine-to-machine development is a new technology. It comes with sophisticated IT platforms. It is an area difficult for one operator to develop. Such developments are being done centrally at Vodafone. Maybe we have to Indianise them a bit but they save on costs.

How much is the brand, marketing and distribution localised?
Brand is determined centrally by look and feel. But positioning is very much a local issue. Marketing and distribution are completely local because the markets are very different here in Asia than they are in the US or Japan or Europe. The biggest difference is that most markets, especially the US, subsidise terminals (handphones, tablets) when they acquire a customer. So the whole business model is different. It is a high churn model here. People come here, buy a connection but they just as easily throw it away and buy another. In Europe, typically, you choose the device in the operator’s shop and then enter into a 24 or 36-month contract at a minimum payment per month — paying for the connection and also the handset. In Europe, these operators have become like banks for handset suppliers.

What determines the extent to which you localise when positioning the brand?
If you position the brand here the way you would in Japan, then it will not connect with as many Indian customers. It is a bit of a balancing act. Being an MNC, you want some form of a global look and feel for the brand. We want to give the best connectivity to the customer. We want to be affordable. But affordable in Japan means something else. In the US, the market is moving towards family packages wherein operators bundle voice and data for 3-4 family members. And families easily spend over $100 per month on these bundles. In India, ARPU (average revenue per unit) is very low. We have to make it affordable. I have 160 million customers. You can create a lot of efficiencies because you have so many customers.

In the domestic market, what has been the most unique innovation?
We have done several things over the years. Around 4-5 years ago, we found that the cheapest terminals in the market were stuck at Rs 2,000. That was before the real mass market had developed with about 300 million customers.  We introduced ‘Magic Box’ with a basic Vodafone handset sold at Rs 1,200 or Rs 1,300 depending on features. Over time, the market went down to below Rs 1,000. The Nokias of the world also introduced Rs 1,000 handsets. We stopped that business after 2-3 years.

How does Vodafone source from India?
Vodafone has set up service centres in India with a few thousand people. We do financial services from India. Also, IT services are coming here; even sophisticated services like revenue assurance — where you have to watch very carefully what is happening in your networks.

Are there any strategies developed in India that have been adopted abroad?
In India, we developed a pretty sophisticated system to collect all data of mobile towers and transform it into commercial information... and act on that information. We can see, for instance, on a tower basis, not just our traffic but also that of competitors. You can see your marketshare in these regions if you club these towers. There is a lot of commercial information coming from that, all based on technical information. That system (Olympus) has been copied by six markets, including South Africa, New Zealand, the UK and Egypt. Even our ‘Vodafone Delight’ campaign was copied in Italy. Zoozoos have been taken to many countries because there is no language. The same clips have gone to Qatar, New Zealand and other countries.
break-page-break
How much of the Glocal strategy is because of regulatory diktats?
In India, it is all driven by regulation. There are a lot of things we could do more centrally but we do not because Indian telecom regulations do not allow them. We cannot take customer data out of this country which is really funny in my view because the rest of the world brings its customer data here to process.

That limits us, for example, in setting up central systems, maybe based in Germany, which other countries can tap into. But we cannot do that. We have to mirror the system in India.

If cost of global trade is shrinking, do you see Glocal surviving at all?
India has 19 main languages and some dialects. People in Maharashtra will not suddenly talk in English. As an MNC, you will always have to adapt yourself to the local (needs). The basic needs of people are the same. But local culture has a huge impact on how you do things and what you do. The basic need of people to communicate, to find information and be entertained is what drives our industry. Those basic things are the same everywhere but it does not mean that the movie that someone in Bihar is watching is the same as someone in London.

How much of a local flavour does your sustainability initiative have?
Almost entirely. We were the first to produce the Sustainability Report in our industry in India. The use of energy has been reduced considerably over the years in cooperation with equipment manufacturers.

In India, we have chosen to make strategy and CSR completely seamless. Last year, we started a volunteer programme called ‘Raise Your Hand’ where we go to schools to teach children about traffic safety. Traffic casualties in India are twice that of China. We try to teach these kids what to do in traffic via zoozoo characters in a playful way. We have already touched 25,000 kids and we will go up to 100,000 kids. The other one, ‘Worth of Difference’, is done by Vodafone in all the countries that we are in. We release staff for eight weeks to work with an NGO on an IT problem, a financial problem, marketing problem, etc. Our employees come back with a lot of information about what is happening in places you normally do not go to.

It is useful to see how that market is developing, how our consumers are thinking. We have put in 15,000 hours in NGOs. About 33 employees are working with 29 NGOs right now.

Is local talent going into the global Vodafone system?
There is more demand than we can perhaps supply. One of our Indian colleagues is now the CEO in the Czech Republic. At the senior level, 21 have gone in the last three years.

Is there something you do only in India?
The 1.6 million outlets we have is unique. The number of towers, the scale of business, combined with the very dense FMCG type of distribution is really special.

What is the most unique product to India?
The chhota recharge, the sachet type, is unique to India and was picked up by other countries. The chhota credit was unique. We gave a customer up to Rs 10 of credit and we assumed he would pay back in the next top-up.