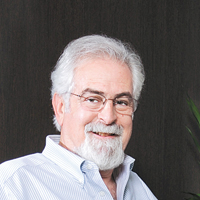 Keeping pace with changing technologies is extremely flexible. The most interesting phenomena have been the Kindle and the iPad. The speed at which they happened was startling, but they did not catch us by surprise. But when you are dealing with tools capability for research or learning experience, you have to be prepared and anticipate as much as possible. So you may have what you think is sophisticated today is not going to be so tomorrow, or two years down. It is the ability to manoeuver within this — it is chaotic.  You have no idea what is coming from where, you have no idea who the major players are going to be. So, adaptability and flexibility are important.

That means you are accepting that both the digital and the print will co-exist.
Peter Wiley: It is a reading, learning and entertainment experience that fits your way of engaging with the literary world. I read faster on Kindle than on print. Ours is 'knowledge publishing', so the migration to 'e' will be faster, since that is the environment.

Vikas Gupta: Even in hard core traditional publishing, there are many forms, but when it comes to digital, everyone wants a single solution, but it has to be understood that you have a different kind of audience for different offerings. How they perceive digital to be — is it a reference, add on or core or will it be a combination of all three, these are the aspects that need to be addressed.

So how is John Wiley & Sons adapting?
The hot new topics are assessment outcome, adaptation, personalisation and an ability to create a learning experience. So, we have WileyCustom, a customisation tool that is a purchase environment. The customer has the flexibility to create content, plug in other content in any format like videos, add case studies, with the view to create a package for the student. Designed on this page is a counter that gives the customer three options of a printout. Textbook price is a big issue in the US, particularly for low-income students, so the target content, price point and the medium are important. Right now, the stress is on personalised learning or the ability to use technology to assess a student

Given your penchant for innovations, what do you have in store for India?
Wiley: What we need to take into account, as the middle class grows in India, is the blended experience. When we talk about digital, we are also talking about face-to-face interaction. With the Indian middle class growing and the resource base of the government expanding, there can be an interesting shift. I think digital in this particular transition; mass education of low-income people is absolutely essential. Digital is probably the only solution that will work since you can simply not afford the investment in training more teachers.

Gupta: There is a very strong shift to we have to branded, reliability, authorship and repeatability of the books in tier 2 and 3 towns and that is where we have the long standing expertise. We have learned that we create premium content, but price it to the market so that it is not expensive.

So, all this is assuming the content being created and disseminated is legally done, but what happens when the pirates attack? It is a well-known fact that they attack digitally and in print. In terms of content dissemination, probably the pirates are helping strengthen your company's brand, but there is no mistaking the fact that they also eat into the bottom line of a company.
Gupta: Any technology you build you will have the reverse. The bigger issue will be which model works in which market and to which audience, instead of one model. There is a lack of education about pirates and it has to happen at the school and college level for it make a difference. It also raises questions about the models that are easy to download, but pay for something else. For instance in USA, a model is make the book free online or make the basic book free, but the print is available at a cost. We are responding as well. But unless it creates value for all stakeholders, including the author, it will never be sustainable.

Wiley: At the bottom end it is for the economic welfare. You cannot stop a student who can only afford 50 cents to go out and pirate a book that is retailing for US$3 and above. But we have actually built our legal capability to help us manage this issue.