'Rebranding Is Not Just About Cosmetics; It Is About Re-Engineering The Soul' 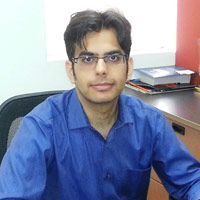 08 November, 2014
Print this article Font size -16+
Lava has emerged as a dominant player in the affordable phones market. Now, it is giving a new shape to the business with rebranding and launching a premium series of smartphones. Tarun Verma, Marketing Head, Lava International has bigger plans for advertising, promotions and rebranding it among the youth. In an interaction with BW Online's Poonam Kumar, Verma spoke about plans and advertising strategy of Lava International.

Do you have any plans to re-brand yourself with global players?
Lava was born out of the vision of becoming one of the first global consumer brands from India. Lava recently underwent a rebranding exercise based on extensive market research and feedback from customers and partners and also unveiled its new logo. In the initial part of its journey, Lava had grown and flourished in multiple product segments, hence it was important to ensure that a unified consistent message reaches to all the stakeholders involved in the value chain. With this, a need for a unique recognizable brand identity was identified. This led to rebranding of Lava which was led by Interbrand, a top US based brand consultancy. Our rebranding is not just about cosmetics; it is about re-engineering the soul of brand Lava. Our new tagline "Create possibilities" represents a paradigm, a philosophy. The thought simply means that nothing is impossible to accomplish if one has the conviction and self-belief. It is ultimately passion and belief that separate the impossible from the possible and creates possibilities out of impossibilities.

Alongside these product focused campaigns the brand is now looking towards gaining a corporate visibility on a much larger scale through events.

Lava has the USP of being a maker of affordable smartphones. Are you planning to reposition yourself? If yes, how?
Lava has been very successful with the entry and mid-segment phones so far on back of strong products, healthy distribution set-up and a continued focus on service. Our focus now is to also acquire a larger pie of the premium smartphones market in India and that requires us to position ourselves differently and take off from the platform established over the last four years of our journey. We launched iris 504q with gesture control in June this year and did a 360 degree campaign to promote the product. We are soon going to launch iris pro - a premium series of smartphones. Hence all our marketing efforts are being directed to create a premium imagery of the brand.

As a promotional technique, Lava also partnered with Hungama Entertainment to announce the new look of Krrish 3 through a Twitter contest. This campaign was very well received by the consumers and witnessed high engagement.

What is your total marketing budget? You have changed your advertising strategy by choosing above the line advertising? How is it benefiting the brand?
Lava has a total marketing budget of over Rs 60 crore planned for FY 13-14, which is just double the budget last year. We will be spending approximately 50 per cent of this on TV advertising since that will give us maximum reach. We are also looking at BTL (below the line) and Digital as key strategic channels that will require extensive focus and investments in the current year. For our upcoming premium series, Iris Pro, we already have plans of spending close to 20 crore across all marketing mediums. Sponsorship tie-ups with IIFA and KBC are great platforms to create premium visibility for LAVA as a brand product.

Some of the recent efforts by the brand to market its newly launched Iris 504q include the launch of its brand new TVC which came ten months after the previous TVC was aired, as a promotional technique, Lava also partnered with Hungama Entertainment to announce the new look of Krrish 3 through a Twitter contest.

Who are the target customers for Iris Pro?
The smartphone market today is flooded with Me-too Specs and Features. This is today catering largely to first or second time smartphone users. There is a large segment of customers who today are well educated about smartphones, can appreciate the nuances of specs that lead to a completely different experience and are therefore value minded. Lava Iris Pro is targeted towards such customers by offering products with not just great specifications but also superior experience. We are hopeful of offering our customers with the best in class proposition through this series.

Where is your manufacturing unit? Do you import from China? How many Lava units are made in a year?
To put things into perspective, Design, Development and Manufacturing form three key components of a product development cycle. At present, Lava controls the design and development of the products while for manufacturing we take services of some of the best EMS providers in China. The quality of the final product is controlled to a much larger extent by mechanical design and selection of the components and Lava is the only Indian handset player that has a complete in-house R&D set-up in India and China to control the mechanical design and components selection. Some of the products that we launch are completely developed in-house (and EMS manufactured) that gives us a much better control on quality.

What is Lava's yearly growth in terms of revenue? What kind of promotional strategy you are using to increase your sale?
We closed FY12-13 with revenues slightly higher than Rs 10,000 million in, this was a growth of 75 per cent over our last fiscal's revenues. In terms of volume, we have grown more than 100 per cent over last fiscal year. Our monthly handset sales reached a milestone of 1.1 million units in July'13.

Our focus remains the Indian market, which we believe has a huge potential. We are targeting to sell 1.5 million handsets monthly by Diwali. To accomplish this, we are undertaking strategic promotional initiatives.

Digital medium is of strategic focus for Lava given that it acts as a very strong influencer for our TA. We have started by focusing on revamping our corporate website, social media marketing, SEM, SEO to connect with the TG directly. We have also started engaging through display campaigns on popular general interest websites such as Navbharat times, TOI and Yahoo; Tech websites such as gsmarena.com & tech2.com to name a few. We have also developed and launched contests/ applications around key product launches to keep the users engaged. We shall continue to invest in digital and hopefully that will reflect in increasing engagement with our customers and consumers alike.

In addition to this, BTL (below the line has been integrally linked with our strategy to expand our retail footprint in the country. BTL activities enhance Lava's visibility at the retail level where the final purchase decision is made. These include aggressive deployments of Shop in Shop counters, signage, POS(point of sale) material, so on and so forth. We have just completed an aggressive BTL rollout that spanned more than 25,000 outlets pan-India, the biggest such initiative taken in this industry so far in our view.

While BTL and Digital are our key strategic channels that will require extensive focus and investments in the current year, we are also active on ATL front. Constant engagement with the bloggers and the media through press events, various event sponsorships and TV campaigns are part of our ATL promotion strategy, which we undertake for our star products. In fact, we have significantly increased advertising spending this year as compared to the previous year.

All our promotional efforts are part of our concerted strategy to enhance awareness of Lava brand and its products at every level.

How many Lava units are made in a year? (smart phone, feature phone and tablets)
Lava closed FY12-13 with revenues slightly higher than Rs 10,000 million in, this was a growth of 75per cent over our last fiscal's revenues. In terms of volume we have grown more than 100per cent over last fiscal year. As per the import data of January’13 – June’13, Lava imported more than 3.7 million units across the complete portfolio which comprised of 0.5 million smartphones  and tablets combined while the rest were feature phones/ entry level touch phones. We expect our smartphone market share to grow at a rapid pace given the strong portfolio of products that are planned in future. Having said that, Lava has a 12 per cent market share overall and 7 per cent in smartphones amongst the Indian mobile handset players. With the rate at which Lava is growing month on month, these numbers are expected to increase exponentially by the end of the year.

Are you looking at markets outside India?
Lava's international operations were started only sometime back.We are present in the middle-east and Nepal through strong regional channel partners and the numbers are very encouraging as well. However, our main focus is India market and we want to strengthen our presence here given the huge potential.All our campaigns are targeted for Indian consumers and we don't intend to run these in the overseas markets as of now.