Mumbai (Maharashtra) [India], February 20 (ANI): Few hours after teasing fans with the first look of their upcoming horror-comedy film Roohi's first song 'Panghat' on Saturday, makers and the star cast of the film including Janhvi Kapoor, Rajkummar Rao and Varun Sharma announced the release date of the song.
The lead heroine of the film, Janhvi Kapoor who dropped an intriguing glimpse from the upcoming song with a quirky 'Pawri' (party) twist on Saturday afternoon, posted a teaser of the song on Instagram and wrote, "#Panghat! Song out on #Monday. #Roohi in cinemas 11th March 2021," in the caption. She also acknowledged the team by mentioning their official accounts in the caption.
While, Rajkummar Rao and Varun Sharma who will play the lead roles in the film opposite the 'Gunjan Saxena' star also re-shared the same post on their Instagram and wrote, "Do dulhe, aur ek hi dulhan? Of course not! There's more to #Panghat! Song out on #Monday. #Roohi in cinemas 11th March, 2021."
The song sees the actor dressed in a beautiful lehenga. To complete the look, the makers accessorised her outfit with beautiful Indian jewellery. With a beautiful neckpiece, her look is seen complemented with a loose curly hairstyle and minimal makeup look. 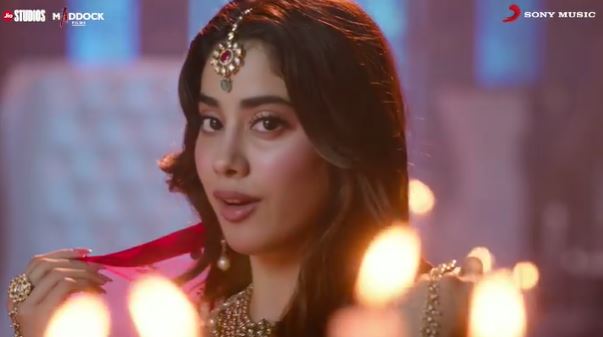 The teaser of the song flashes a peppy wedding party theme where Rajkummar and Varun are seen dressed up in groom attire and moving towards Janhvi with garlands in their hands. 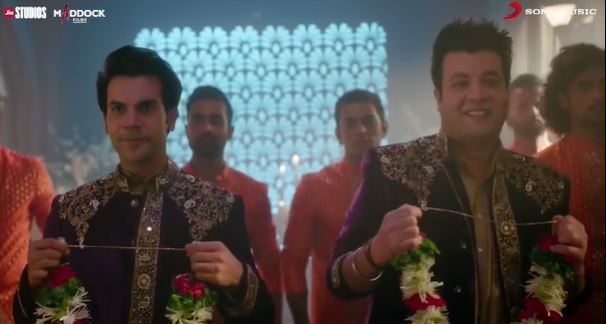 The forthcoming horror-comedy is being helmed by Hardik Mehta. A Jio Studios Presentation, 'Roohi' is being produced by Dinesh Vijan and Mrighdeep Singh Lamba. The film marks the first-ever collaboration of Rajkummar and Janhvi while the second collaboration of Rajkummar and Varun after sharing screen space in the 2015 release 'Dolly Ki Doli'.
'Roohi', which is the first major Bollywood release post lockdown, was set to hit the cinemas in the first week of June last year, but the film had to be postponed due to the ongoing coronavirus pandemic.
The upcoming horror-comedy will also become the first film to arrive in theatres after the Ministry of Information and Broadcasting allowed cinema halls nationwide to operate at full capacity from February 1 with COVID-19 safety protocols put in place.
The film is set to hit the theatres on March 11, this year, and is based on the lines of the 2018 hit film 'Stree', which featured Shraddha Kapoor and Rajkummar Rao in lead roles. (ANI)