'No Tangible Progress In Posco Project' 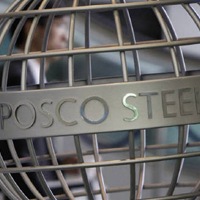 08 November, 2014
Print this article Font size -16+
The Odisha government has informed the Centre that no tangible progress could be achieved in implementation of the Rs 51,000-crore Posco steel project due to law-and-order problem at the proposed plant site and delay in getting forest diversion approval.
This was mentioned in a status report submitted by the state government on the South Korean steel maker's proposed 12 MTPA mega steel plant near Paradip in Jagatsinghpur district, official sources said.
Union Ministry of Commerce and Industry had sought a status report on the biggest FDI project in the state ahead of the meeting of the Joint Committee at Ministerial Level to review the implementation and application of the provision of India-Korea CEPA (Comprehensive Economic Partnership Agreement), they said.
"Due to law and order problem at the project site and delay in approval for forest diversion from Union Ministry of Environment and Forest, no tangible progress was made in implementing the project. The validity of the MoU between the state government and Posco-India expired from June 21, 2010," a joint secretary level officer wrote to the ministry.
While according approval for the forest diversion for 2,959 acre of forest land, MoEF did not appreciate the swapping clause of the lapsed MoU, the state government pointed out.
The company applied for revalidation of the MoU before its expiry. However, the state own IPICOL has recommended for extension of the validity of the MoU for six more years, the state maintained.
Meanwhile, the company was optimistic about getting 2,700 acre of land to begin its initial works by end of the year, the sources said.
(PTI)
Tags assigned to this article:
india news 3 metals and minerals posco fdi paradip cepa steel plant odisha koria