"No Power Plant Will Shut Down" 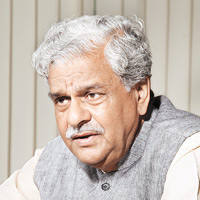 Will privatisation bring in more efficiency in the sector?
This is why we have given coal blocks to the power sector. So that requirements for imports can be met through this. We have received gains of 20 per cent from it. But 80 per cent is still remaining because they are also going through the same hurdles of clearances, land acquisition and law order. For instance, Jharkhand has good availability of coal but law and order is weak. Chhattisgarh has tremendous Maoist problems. Our miners cannot go beyond a limit.

What about privatisation in terms of removing Coal India's monopoly?
There's no doubt that coal production can increase substantially with commercial mining. But Parliament must pass a Bill for this. This is a regulated sector that was nationalised in 1972. If you want to bring it into the open market, a new law must be passed. You can see how many problems come in a coalition government. Privatisation cannot be done in such a government.

Coal India outsources some of its work to private players. Is this a way to bring in privatisation?
No. Any nationalised company can bring any private contractor for any job. It has the right to do it.

In the past five years, the environment ministry is supposed to have already cleared over 100 GW of power capacity. Are power producers' complaints exaggerated?
None of the power plants (to whom Coal India supplies coal) has had to shut down due to lack of coal. Yes, some may have critical or super-critical stock but there are other reasons for it. Some plants produce more than their capacity and coal linkages. Some power plants are so old that they cannot run their operations within their existing linkages. They need even more coal to run their plants. Some power plants were supposed to import say, 20 per cent coal but they didn't do so. That's why their stock position is at critical level. But all in all, no power plant will shut down due to non-availability of coal.

In the past few years, was power capacity added in haste without checking coal linkages etc?
Assessments are always done. But sometimes actual figures fall short of the assessments. Like I said, there are many problems and these are increasing by the day especially in the past 5 years. For instance, land acquisition was not an issue 5 years back. People have become more aware now and don't want to give up their land. They ask for random amounts of money. When the assessments were done, we were sure it would be met. There are many reasons for failing to meet the mark.

Would auctioning be a better method than First Come First Serve?
With auctioning, nobody will get the scope of raising fingers. Yes, power tariffs will rise with auctioning, but at least nobody can say there was favouritism involved in the allocations. This is the biggest benefit of auctioning coal blocks. It is in the final stages. Identification of coal blocks has been done. We have engaged consultants (Crisil) to decide the methodology. Their report should be in within a month. We will proceed according to the method suggested by the consultant.

Wouldn't the proposed coal regulator overstep into the jurisdiction of the Coal Ministry?
We have prepared the Bill and placed it in front of the Cabinet. Some of them have objected to it. To resolve those issues, we've referred it to the GoM. Even if this overlaps in our jurisdiction, let it. If things get better because of it, we have no issue with it. Its biggest responsibility will be increasing production, looking into safety issues and coal pricing.

What is the purpose of the new fuel supply agreements (FSA)?
All the power plants – to whom the government had given commitments – are almost ready. It would be an injustice if we tell them we will supply only 50 per cent of the contracted amount. Why should they sign PPAs if we tell them to import the remaining 50 per cent? FSAs have been done for them – to supply at least 80 per cent of their coal requirement. They can buy the rest through e-auctions and imports. The responsibility is ours as we had made the commitment.

The way the production has been increasing, Coal India and its subsidiaries are quite capable of meeting their commitments. Also, for a year, it did not have a chairman. It's only now that they've got a proper chairman – one who knows the mining sector and has administrative knowledge.

There were reports that NTPC does not want to sign the FSAs. Why?
NTPC is unhappy with the penalty clause of 0.01 per cent. Both NTPC and other private players are objecting to such a low penalty rate. The contention is, if Coal India defaults on coal supply, what can you do to them? Of course, it's a commitment of the government of India. They will get the coal. But their demand is justified. With such a low penalty rate, there will be no apprehension on defaulting. At the time of the Presidential Directive, the decision on penalty was left to Coal India so it could reduce it a bit if it wanted to. But we did not expect them to lower to this level. Anyway, the FSAs are being signed. About 18 have been signed so far. We'll talk to Coal India if it becomes necessary.

What do you think about the Sasan coal blocks issue?
This has been referred to the GoM. They will decide on it.  Coal Ministry has no role in it.

Your comments on the CAG's new report on coal block allocations?
We have not received any report yet. And anyway, we have answered all questions related to allocations on our website. We do not know any specifics of the report yet.