New Delhi [India], February 5 (ANI): Delhi Deputy Chief Minister and Education Minister Manish Sisodia interacted with the girl students of a government school as it reopened for classes 9 and 11 students in the national capital on Friday.
"Corona time was very difficult but we had to deal with it maturely because of which the schools were closed. 15 days ago the schools were opened for 10th and 12th class students. I am happy that our 9th and 11th class students have also rejoined the schools. I can see their happy faces. It is a challenge to open schools during the pandemic, but we have accepted it," Sisodia told ANI. 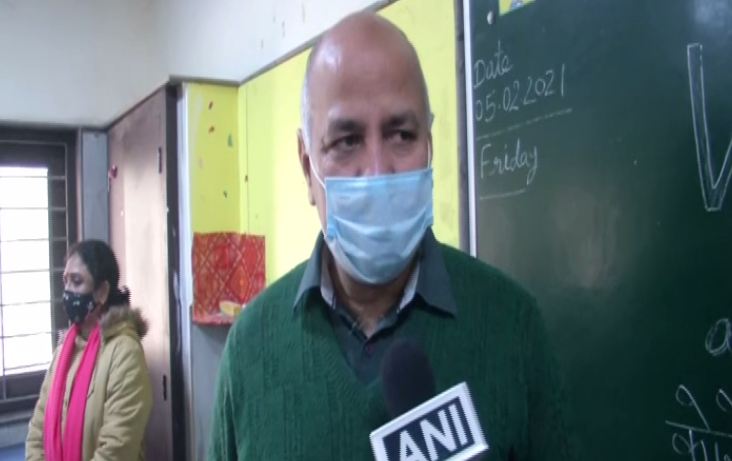 The deputy chief minister visited the Government Girls Senior Secondary School Number 2 of Gandhi Nagar. He was shown the paintings made by students on COVID-19 and also inspected the measures followed in the school to ensure safety amid the pandemic.
Some students also told the minister that attending offline classes are better than online as they can easily understand topics and discuss their doubts with the teachers.
Government Girls Senior Secondary School is among one of the schools reopened in Delhi for Class 9 and Class 11 students around ten months after educational institutions were forced to shut down due to the coronavirus pandemic.
The government had resumed schools for classes 10 and 12 on January 18 in view of the board exams. However, the government had said that the student should be called to school only with the consent of their parents.
Several states have already opened schools with precautionary measures. (ANI)