Washington D.C. [USA], Aug 15 (ANI): Hollywood star Halle Berry who turned 54 on Friday (local time), treated her fans over her birthday by sharing a photo of herself - wearing a white tee and bikini bottoms, riding a longboard skateboard.

According to Fox News, the 'Catwoman' actor posted a picture on Instagram to celebrate her birthday. In the capture, Berry is seen looking back at the camera as she flashes a smile. "54 ... life just gets better and better! " she captioned the snapshot. 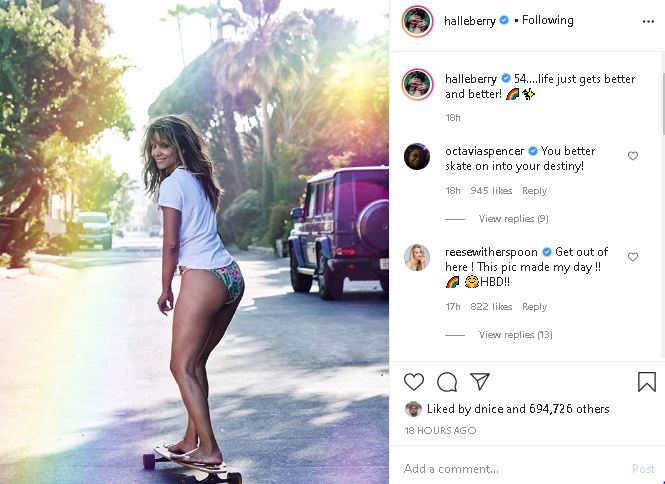 Fans immediately took to the 'X Men' star's comments section to wish her a happy birthday.
"Wow 54 years, you are my inspiration to never give up on my body @halleberry & Super Happiest Birthday," wrote one person.
"Happy bday halle," said another person, calling the actor "immortal."
"You sure it's not 34?" asked another commenter.
Fox News reported, in 2018, People magazine shared that Berry credited her trainer Peter Lee Thomas, also known as her "secret weapon," for a youthful figure.
Thomas told the outlet he likes to "challenge" Berry with a combination of no-nonsense exercise techniques, such as martial arts, boxing and "a lot of military training [like] the Navy Seals would do," with some yoga thrown into the mix.
"She's ... not afraid to experiment and explore and take risks when it comes to fitness because she understands that in order for there to be potential growth and change, she's going to have to do things that are commonly difficult to do," he said at the time. (ANI)