'It Is Safer To Invest In Emerging Markets'

Economist, entrepreneur, investor, author and amateur double bass player are a few of the hats Dr Jerome Booth seamlessly dons. With variegated investments through his company, New Sparta, Booth last year set his sights on the telecom sector in India, announcing plans to invest $100 million in mid-level telecom companies. BW Businessworld's Simar Singh had a chance to sit down with Booth to talk about his book "Emerging Markets in an Upside Down World: Challenging Perceptions", and his views on emerging markets and foreign investments. 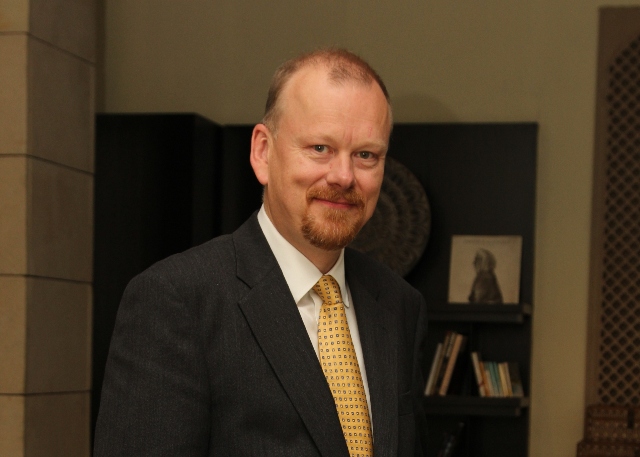 09 September, 2015
Print this article Font size -16+
Excerpts:
Foreign investors continue to be cautious when it comes to emerging markets. Are their concerns legitimate?
So much about emerging markets, in the view of foreign investors, is biased and prejudiced. There are still some people who say, 'Look at the emerging markets region!' What region? People have the idea that emerging markets are some tiny slither not realising that over 50 per cent of the global economic activity happens in these regions.
The essential problem is that we have a linear idea of risk. Risk in reality is a very complex thing and its evaluation is certainly not as simple as gauging 'past volatility' of an asset. We use the term 'risk-free' which wrong because realistically there is nothing like risk free. Its also because it is psychologically easier for us to reference to some fixed point. If we look at emergents we, as foreign investors, might see a lot of volatility. They might seem to be unstable, moving in correlation with one another and I might think that I do not want to go anywhere near those emerging markets-it's too risky. However, in reality, it's not them but us. We are the ones moving, we are on top of a ship deck.
We need to invest a lot more in emerging markets, not because we want higher return for higher risk but because it is safer. It is fundamentally risky to be putting all your money in economies (like those in the developing world) which have up to 250 per cent to 500 per cent debt GDP, which have electorates that vote on the basis of whatever reality they prefer to believe in as opposed to any economic sense, because they can afford to do it in a situation where there are no structural changes and there is a woeful denial of the reality of the post-2008 (global financial crisis) world. That is not a safe place to invest. Of course, you should invest in Europe and the US, but you certainly shouldn't invest all your money there and should diversify. Not only have people underinvested in emerging markets, but also underinvested within emerging markets.
Why is it that investors over-evaluate the volatility of emerging markets?
There is a conception  that whatever happens in the core (developed nations - US, Europe and Japan) affects the periphery but the effect of the latter on the former is completely ignored. The world is not like that. It has fundamentally grown into a different shape and what the US does to its interest rate is of very marginal consequence to India. Trade has really diversified today and for most countries, China and not the US is the major trading partner. If you take example of country like Brazil it has 10 per cent with the United States and double that with China. Yet, it thinks in dollars. It puts its reserves in dollars, not realising that there is no real stability in that and this conception stems from historical myths and simplifications which are flawed and irrelevant today. This spuriously continues to largely govern investor behaviour.
What kind of investor behaviour would you like to see?
One of the things that I am really focused on is how we can take institutional investors and get them to think about possible private investments in emerging markets. These institutional investors have trillions of dollars and are the group that actually do asset allocation in a top down manner. There needs to be more intelligence amongst this group about how to access the pre-IPO market and the private markets. There is a difference between the way a multinational invests and how a financial investor invests. Financial investors need to invest more like a multinational company - with more intelligence.
Historically, foreign investments are considered a good thing because they bring capital, but I believe that we can do better than that. India, as a good example in emerging markets, has a massive savings rate and a lot of capital. So it is not just about the capital. When we invest in India today as foreign investors, we are not just bringing capital but a competition of ideas. With that we sometimes bring liquidity and can sometimes help in creating transparency and good governance. This is the real contribution that needs to be looked at.
Tags assigned to this article:
investment jerome booth New Sparta telecom simar singh emerging markets stockmarket