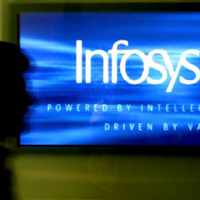 Most Indian technology companies have been consistently hiring more and more in the western countries over the past few years to blunt the criticism of 'taking away' jobs.

Infosys has also announced expansion of its US operations by setting up a new 125-seater centre in Wisconsin to provide end-to-end technology, consulting and systems integration services. The centre will also house a training center.

With this, Infosys now has 18 facilities in the US and is reflective of the commitment it has to local job creation, Infosys said. The centre in Wisconsin is a part of Infosys' engagement with American motorcycle manufacturer Harley-Davidson.

The new Wisconsin delivery center initially will house 125 seats, including the positions expected to migrate from Harley-Davidson, Infosys said. "It is critical for Infosys to create global hubs of talent, and the Midwest is a key region with a number of our important clients," Infosys Head (Americas) and Member of Board Ashok Vemuri said.

The new Wisconsin delivery center will be operational later this year. Infosys also plans to expand this site in the near future, establishing centers of excellence for specific domain and technology areas.

Infosys plans to hire 35,000 people globally this fiscal, including 13,000 for its BPO operations.