'Inevitable To Have Incidents Along The Boundary' 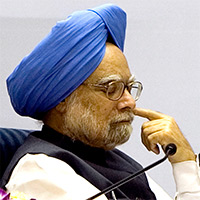 08 November, 2014
Print this article Font size -16+
Buoyed by a border defence pact signed during Prime Minister Manmohan Singh's visit, China has said it was "inevitable" to have some kind of incidents along the boundary but it was important that both sides worked together to solve them.

Problems can occur even if there is fence between two houses but at the same time there was not a single incident of firing along the Line of Actual Control (LAC) between India and China, Huang Xilian, Counsellor in the Chinese Foreign Ministry said.

Compared to some borders in the world, the Sino-Indian border is peaceful, he told visiting and resident Indian journalists here at a briefing on Singh's "successful" last week visit during which the two countries signed the Border Defence Cooperation Agreement (BDCA).

"Sometimes it is inevitable to have some kind of incidents along the border but what is important is that both sides together worked to solve it," he said replying to a question on whether the pact can avert incidents like in the Depsang valley in Ladakh this year in which Chinese troops pitched their tents inside Indian territory.

"Hyping up this issue will not help. So long both sides have intention and some mechanism as guarantor, we should be confident," Huang said.

Before this agreement the border was peaceful and the BDCA is further guarantor of the peace tranquillity, he said, adding that "we should be more confident after signing this".

Asked whether China was disappointed that an agreement on visa liberalisation did not materialise during Singh's visit, Huang said the two countries held talks on this issue for sometime to facilitate exchange of visits.

"We should always be optimistic about future" as both countries are moving forward, he said.

The visa agreement was left out as India strongly opposed China's stapled visa policy. China continues to issue visas on paper to residents of Arunachal Pradesh, which it claims as Southern Tibet.

Terming Singh's visit as highly successful, Huang said the rare gesture by Chinese Premier Li Keqiang of taking Singh for walk along the historic Forbidden city, home for generations of Chinese rulers was to symbolically connect the ancient civilisations of India and China together.