'If The Car Works In India, It Can Work Anywhere In The World' 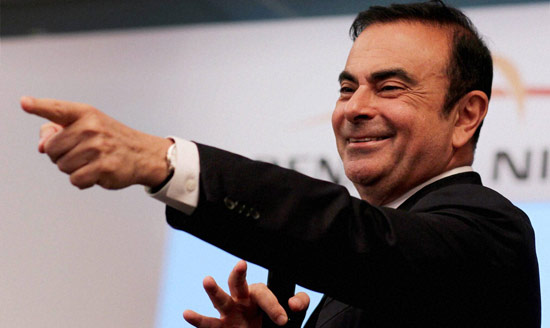 08 November, 2014
Print this article Font size -16+
Carlos Ghosn, Chairman and CEO of Renault-Nissan, is a former mathematics teacher and a turn-around specialist. He is also a very practical man. He sees in India the ability to adapt with limited resources. With an eye to the future, he has made this adaptability a pivot of the Renault Nissan Alliance. He says if the fruits of the alliance work well in India, these can be used in South America, Central America, Africa and South East Asia as well. Recently Ghosn unveiled the Datsun Go — a car brand which is a Nissan subsidiary — in India and was sure there was more to come from India. Before the launch of the Datsun, he dissected India into 350 shopping and economic areas with different income levels. It was only after such an extensive study that he could promise a sub-Rs-4-lakh car, sure in his knowledge that the current investment of $2.5 billion will double within five years. In an interview with BW|Businessworld's Vishal Krishna, Ghosn discussed all this and more

As a former mathematics teacher, how do you develop a predictive model for a country like India where economic activity is slowing down?
You don't need a regression or a progression analysis. Look at the "progressive" side of India, the only 'math' that I look at is the penetration of cars in the country. It is 15 per 1,000 compared to 60 to 80 in China. Yes, we do a lot of studies in a market but India has a lot of potential for investment and increase in production.

Are you investing in the country and are you ramping up production?
Already as an Alliance, including for the technical centre, we have invested $2.5 billion. With the Datsun, Renault and Nissan, there will be many cars. Nissan and Datsun have announced 10 cars in three years, Renault will have some cars planned by 2015. The investment will naturally double in five years.

The common module platform is becoming popular in the Alliance, will it play a major role in India?
The Alliance will launch its first car in that platform by 2015 in India. It will be leveraged by all three of our brands because it will be localised. I cannot tell you which brand will bring it out first. The Renault Nissan Alliance Technical centre in Chennai is second to none in engineering across the world. The platform research that is happening here can tell you whether it will succeed in other high growth markets or not. India is going to have cars localised completely for Indians and I am telling you that if the car works in India it can work anywhere in the world. This is why the Renault Nissan Technical Centre is so important not only to  India, but to the world.

How about the problems in Europe, how do you see that market pick up?
Europe has seen a significant drop in sales. A market which represented a 30 per cent market share for global sales, seven years ago, now represents less than 15 per cent market share. But Russia is growing and is a high growth market. The slowdown in Europe will continue for a few more years. Renault has to look out for global markets for this very reason. In Europe, however, they have to adapt to the slowdown and compete.

What is frugal engineering to you?
Frugal engineering is something that we learnt from India. Take all the partnerships that we have had here, we have learnt something from them to localise for India. Take Ashok Leyland for example, when I met them at their factory a few years ago and saw a model that was done at a cost which represented 5 per cent of the investment that we usually make for car models globally, my mind was blown away. It is here that we need to push ourselves and ask ourselves whether the Alliance can do it.

What does market share mean to you?
Two things can be very confusing in India. It is confusing to answer what low cost car means and it is even more difficult to tell someone the timeline to having a market share. I don't want to give specific timelines to the market share. In the long run, the Alliance needs a 15 per cent market share because we expect to sell 600,000 cars here. While everyone has an eye on market share. For me it is the long run that matters.