'I like me better when I'm with you': Mira wishes Shahid Kapoor on 40th birthday

'I like me better when I'm with you': Mira wishes Shahid Kapoor on 40th birthday

New Delhi [India], February 25 (ANI): As Bollywood's handsome hunk Shahid Kapoor rang in his 40th birthday on Thursday, his wife Mira penned an adorable note for him on social media.
Mira hopped on to Instagram and shared two pictures wishing the star on his special day. The first picture is a selfie snap that features her kissing the 'Kabir Singh' star. Alongside the delightful picture, she explained how special does she feels while being with him.
"Happy 40th to the love of my life. Any wiser and I'm in trouble. Lucky me you don't look it and lucky you, I don't show it. I love you baby," she wrote in the caption. 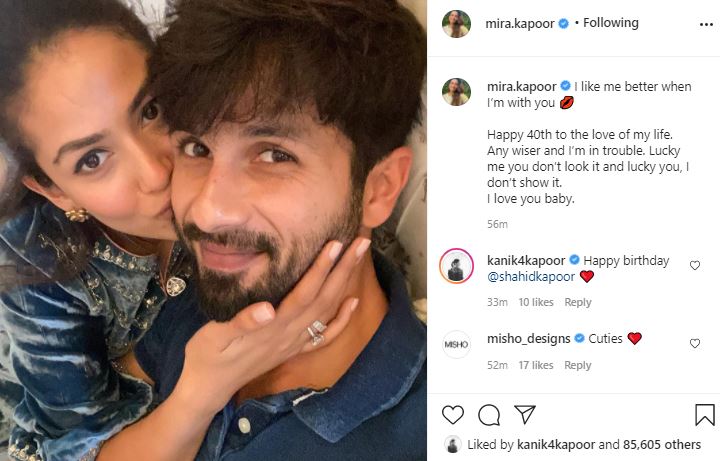 To wish him further, the mother of two posted a monochrome picture of the birthday boy that captures him coming out of a pool. In the caption, she wrote, "Shine on. Be one with the Light." 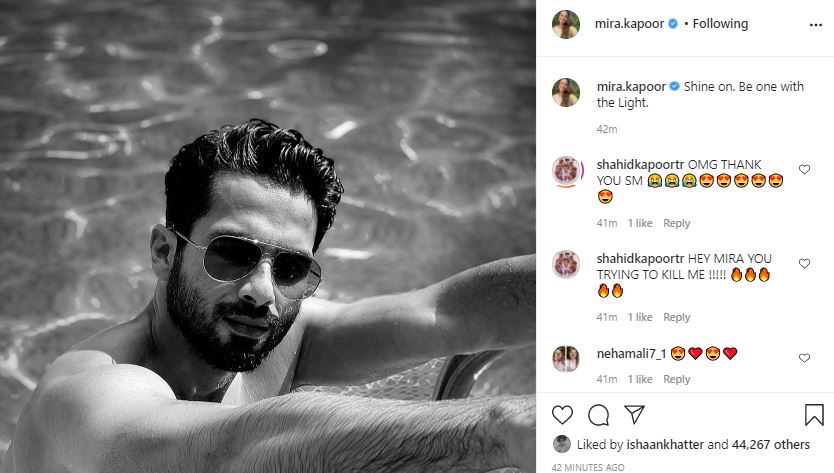 The couple had tied the knot in a personal wedding ceremony in New Delhi in 2015 following which they welcomed two children - Zain and Misha.
Earlier in the day, Sasha's younger cousin brother and actor Ishaan Khatter also shared a heartwarming birthday wish for him with an unseen throwback picture to mark the special day on social media.
Meanwhile, on the work front, Shahid will next be seen in 'Jersey', which also features Mrunal Thakur and Pankaj Kapur. The actor will be essaying the role of a cricketer in the film. It is a remake of a Telugu movie of the same name. He is also working for an untitled OTT project helmed by Indian filmmaker Krishna DK that also features Rashi Khanna in the lead. (ANI)