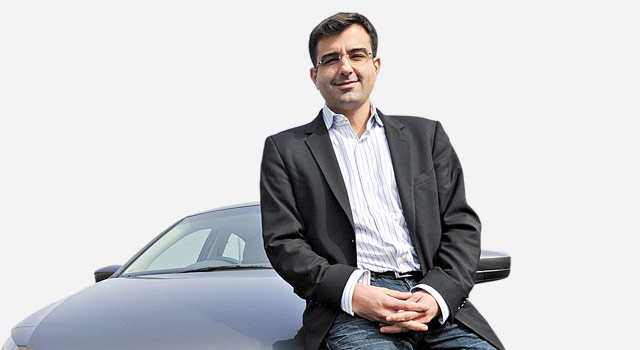 05 February, 2015
Print this article Font size -16+
What brings BlaBlaCar to India?
We provide a service where we connect car owners and travellers who wish to travel together on city-to-city journeys and share the costs. It is important in India, where it’s difficult to get train tickets at short notice. Second, it allows travellers to share a car with like-minded individuals. After our success in Europe, we started services in Russia and Turkey, before coming to India. The pace at which Russia and Turkey took to our services was faster than that of Europe, and we expect the same in India. We have started with northern India and will cover other locations in a few months.

How successful have you been in getting people to share cars?
The idea originated in 2005. The company was set up in 2006, and the Paris office opened in 2009. Though there are high-speed trains and many flights connecting European cities, we realised that almost 80 per cent of people travel between cities by car. And, in most cases, the cars are occupied by just one person. The idea was to offer the empty seats to others. As of today, 2 million people use the service every month. We have 10 million members across 13 countries.

How do you monetise services?
We do not look to monetise initially. What we offer people is a cheaper way to travel comfortably between two cities. It is at a much later stage that we look to monetise. What we have done in Europe is to create a sharing ecosystem. Once that happens, we add on services. In France and Spain, we earn about 10 per cent of the trip cost. We have also raised $100 million from European and US venture capital firms, including Index Ventures and Accel Partners.

How has BlaBla-Cars changed things for people?
We have created a direct link between two cities for people opposed to using multiple modes of transport. A classic example is travel between Cambridge and Oxford in England. Earlier, one needed to take a train from Cambridge to London and take the underground to another location in the city before boarding a train to Oxford. Now, you can hop into the car of somebody driving straight from Cambridge to Oxford. It’s cheaper and faster.

How do you handle security issues?
First, we seek detailed information of people looking to use the service. Each time a person uses the service, he can rate the car owner accordingly. Also, unlike other service providers, in our case you choose your driver. It’s a two-way community where you need the acceptance of both sides.