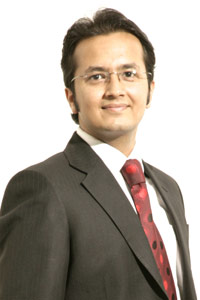 08 November, 2014
Print this article Font size -16+
Real estate faces several hurdles other than declining consumption sentiment that have harmed it immensely over the past few years of sector slow-down. Clearing all these hurdles in a single revamp of existing policies would be extremely challenging . However, one important measure that new government can certainly undertake in the immediate future is to grant infrastructure status to the housing sector. By granting the housing sector infrastructure status as well, the new government will ensure that housing developers become eligible for critical incentives at the Central and State levels. It will also mean that institutional lending to the housing sector becomes more liberalised.

One has to think through on radical reforms to make housing for all a reality. Tax incentives on development of housing projects in affordable to mid income category. Also, a paradigm shift in housing loan availability and cost has to be explored especially for people buying their first homes and all the more in affordable to mid-income category. More liberalization on ECB norms should be introduced so that the cost of capital to fund development and construction of projects comes down significantly which would benefit home buyers.

Tax incentives for home buyers have to be totally changed as both interest burden and principal repayment have reduced disposable income significantly; therefore, measures to ensure greater tax incentives would not only make cost of owning a house more affordable, but also, the overall consumption story would also get a boost thereby regenerating structural growth in the economy.

Treatment of capital gains on real estate needs a re-look. Unlike equities, even long term capital gains tax is levied in real estate investments, unless the amount is reinvested again in a property. One has to view real estate, as an asset class, which is relatively less riskier and lesser speculative than the volatile equities where such benefits have already been provided.

There is also an urgent need to bring back the promised tax incentives to SEZs which were removed mid-way when most developers had significantly invested into development of these zones. MAT and DDT roll-back would ensure investors’ confidence in stable policy environment. Also, this would make IT companies expand within India instead of going to countries like Vietnam and Indonesia, in search of lower cost of operations; thereby generating greater employment and cascading effect on the consumption story of the economy.

Such measures are very much within the purview of the upcoming budget, which refurbished will boost entrepreneurial spirit, increase financial confidence and consumption."