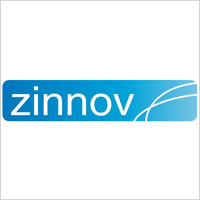 08 November, 2014
Print this article Font size -16+
Zinnov, a leading Globalisation and Market Expansion Advisory firm, has released a whitepaper on the next wave of growth for MNC centres in India. By 2015 it is estimated that close to 50 per cent of the Fortune 500 companies will have their centres in India. Currently India is the IT / ITeS hub for about 125 of the Fortune 500 companies.
Talking about the landscape, India is home to about 200 wholly owned IT / ITeS centers of Multi-National Companies (MNCs), thus making it the most preferred offshore destination as compared to 120 other offshoring locations across the globe.

Focusing on the new centres, the paper noted that there has been resurgence over the last two years with about 10 new IT/ITeS centers of large MNCs getting established in India in 2011 and 2012. Companies from US continue to lead in globalisation followed by European majors. Amongst the Indian cities, Bangalore garnered the mostly new set ups.

Banking and Financial Services companies leverage India the most for their IT and ITeS operations and there are close to about 45 large BFSI MNC centers in India as of 2012. This is an increase of about 10 per cent from 2010.

Healthcare and Life sciences is emerging as a large category amongst the MNC centers that deliver IT and ITeS services. Large healthcare/life sciences companies such as Royal DSM and Sigma Aldrich have recently opened their shared service centers with intentions to deliver IT services during the course of time. Whereas, some of the existing players like Novartis and Cerner have been growing their capability from India.

Some of the large corporations, traditionally known for outsourcing multi-year multi-million dollar contracts are also setting up their centres in India. Allstate recently set up its own center in Bangalore and so did Wal-Mart, British Telecom, FICO, State Street etc.

Sundararaman Viswanathan, Manager – Consulting, Zinnov, said, “Two primary reasons for the uptick in insourcing through the MNC centres are (1) The CIOs are refurbishing their entire IT with modern IT and hence want to do it themselves (2) The CIOs want to re-imagine some of the legacy business IT systems which they had historically outsourced so that the legacy systems can regain their competitive edge”

As these centres are re-imagining their functions and working towards delivering high end- value added services, they are undertaking large portfolio rationalisation initiatives.  This will indeed result in them  franchising significant portions of the work to the service providers in India. And the opportunity arising out of portfolio rationalization in these MNC centers is expected to be $1 Billion for the Indian service providers.

On the other hand, the centres that have been operational for over a decade or 5 years now, are undergoing phenomenal transformation as well. There are three key trends amongst the well-established ones:
Tags assigned to this article:
mncs it us news 6 bangalore ites cio cloud zinnov mnc centres sundararaman viswanathan