'Being Robin Is Very Hard. Wonder How He Copes...' 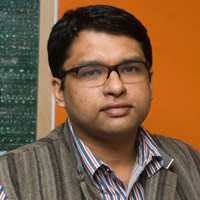 08 November, 2014
Print this article Font size -16+
Ever since the first of the Dork trilogy hit stands, Sidin Vadukut has become a popular figure like his protagonist Robin Einstein Varghese. Witty, rapacious and in-your-face, the books have explored the known-yet-unknown world of office culture and more. In a freewheeling chat, fellow-Irinjalakuda’ite Jinoy Jose P. catches up with journalist Vadukut, who is based in London now.