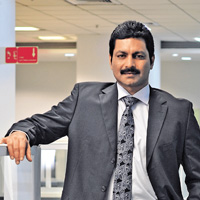 If you wanted a loaf of bread, would you drive to the mall, or would you pick it up at your neighbourhood kirana store?"  The answer is obvious. But what isn't so obvious is why Mahesh Reddy, an orthopaedic surgeon with a super-specialisation in shoulder repair, is posing the question.

To understand that is to comprehend the raison d'etre of Nova Medical Centers, the Bangalore-based firm Reddy co-founded in 2008 with US venture capitalist GTI. To patients who have to undergo minor surgeries, Nova promises what large, tertiary care hospitals are struggling to deliver — speed, economy and convenience. Much like the neighbourhood grocer, albeit with more gravitas, technology, and sophistication.

The operative word in Nova's model is ‘minor'. Need a heart bypass? Nova is not the place. But, need an appendix or a cataract removed? A stomach (or gastric) banding to lose weight? A hernia patched up? Or a facelift? That's right up Nova's alley. In other words, surgeries that are low-risk, don't need expensive support systems, and where the patient can go home the same day.

On average, Nova claims to bill 15-20 per cent lower than a large tertiary care hospital since, with no in-patient stay, its costs are lower.

But it won't be a smooth ride. The so-called ‘day-care' surgery centre concept still needs evangelists in India. Both doctors and patients are inured to — even expect — a certain pace and system of healthcare delivery. A lot also depends on choosing the right patients (not diabetic or hypertensive, not above 65 years) to minimise the risk of complications that Nova is not equipped to deal with.

Why Now?
The timing is right. With technological advances such as minimally invasive surgery, short-acting anaesthesia drugs, and novel pain management techniques, there is a growing list of surgeries that can be done day-care. General surgery, ophthalmology, ENT (ear-nose-throat), orthopaedics and gynaecology are the key disciplines that lend themselves to this. The concern around hospital-acquired infections is an added impetus to curtail hospital stays.

Of late, health insurers that insisted on a minimum 24-hour hospital stay to reimburse expenses are paying for day-care. "Insurers are no longer an impediment to doing procedures as day-care," says Nayan Shah, CEO of Paramount, a third-party administrator for health insurers. Shah says that some insurers have a standard list of day-care procedures, while others opine anything that can be done as day-care because of "scientific advancement", should be.

"All the ingredients are in place," said Suresh Soni, managing director, GTI, at a press conference in Mumbai in May.  Nova plans 25 centres by end-2012. Currently, it has three — two in Bangalore and one in Delhi — with one more lined up in Mumbai in the next month.

Getting Doctors To Buy In
On a Saturday afternoon, a group of surgeons and anaesthetists chats over tea and snacks at Nova's newest and still incomplete facility of over 10,000-sq. ft in Tardeo. It is deep inside affluent south Mumbai — the bastion of established hospitals such as Jaslok, Breach Candy, and Harkisondas. The walls smell of fresh paint, wiring is exposed in places, and the equipment isn't in yet.

But most of these doctors are on board already. Their reasons are similar. A good number of the surgeries they perform can be done as day-care but aren't because hospitals aren't set up to deliver. Some find that at the last minute their early morning slot in the operating theatre (OT) of the hospital has been pushed to the afternoon to make way either for an emergency or a marquee doctor (usually performing a big-ticket procedure).

Then, there is the time taken at the front office to admit the patient, accept a deposit, issue receipts and eventually discharge the patient. It can, quite literally, take hours.

Nova's system is supposedly hard-wired to move quickly. "I can start operating at half past seven in the morning and my patients will be out before they know it," says Vivek Rege, a paediatric surgeon and urologist present at this Saturday meet-and-greet session. "Being on starvation for surgery can be tough on children, so this is great for them." Rege is affiliated to four leading tertiary-care hospitals in Mumbai and also has his own surgery. He will continue to operate major cases in those hospitals.

A buy-in from doctors is crucial for Nova's success. It needs doctors with a minimum of 10 years' experience after their post-graduation or seven years after a super-specialisation. In other words, skilled doctors with a patient pool.

Importantly, doctors contribute 30 per cent of the cost of setting it up. In exchange, they get a stake in the holding company — Nova Medical Centers — which they can monetise when it lists on the stockmarket. They also get a share in the profit made by their centre.

Doctors can invest anywhere from Rs 2.5 lakh to Rs 10 lakh each in exchange for fully-convertible debentures in the holding company. "As a part owner I feel more motivated," says Anita Sethi, consultant ophthalmic surgeon at Nova in Delhi who stepped down as the head of the ophthalmology department at Gurgaon-based Artemis Healthcare Institute to join Nova. She continues at Artemis as a consultant.

Every Nova Center has 40 doctors and most of them own a stake. Nova also has a tie-up with large hospitals and ambulance services to shift patients in case of an emergency.

There are other reasons for doctor buy-in. Consider Bhavna Gala, an ophthalmic surgeon in south Mumbai. Given the city's notorious space constraints and sky-high property rates, Gala and her husband Sanjay, an ENT surgeon, share an under 700-sq. ft space surgery and clinic. "We are very efficient," says Gala. "But there's no space to expand."

Gala, who was still evaluating joining Nova when BW met, her also finds Nova's out-patient department (OPD) facility for investee doctors a big draw. She currently runs her OPD from 4-6 in the evening and wants to move to a morning slot but cannot in her existing setup.

Nova is also being contacted by doctor-led nursing homes. P. Sharma, an eminent New Delhi-based surgeon, ran Sharma Nursing Home (SNH) for 41 years at Greater Kailash. The good doctor, now 84, bumped into Reddy, an alumnus of the same institution in England as Sharma himself. They got talking.

This month, SNH was relaunched as Nova Medical. Sharma continues to own it but Nova has refurbished, and rebranded it and will now run it. It pays Sharma rent and has retained the octogenarian as an advisor. "The advantage of tying up with nursing homes is that you don't need licences again, there is already customer loyalty, and there is a group of practising doctors who can invest in us," says Reddy.

The Flip Side
Even doctors who have joined Nova still find the ‘day-care only' concept untested. What if a patient needs or wants to stay overnight? Nova does have a few beds for such an eventuality, but what if those are taken? "A patient may initially agree to be discharged the same day but she doesn't know how she will feel after surgery, how much pain there will be," says Vishakha Munjal, a gynaecologist and obstetrician at Nova, Delhi. "She may not feel up to the mark." Munjal also observes that a patient may go home, but then keep ringing the doctor "through the night". To address that, Nova sends a nurse home — for a fee.

Nova's doctors choose patients carefully. "We don't want any surgery that takes more than two hours or on someone above 65 or severely diabetic for instance," says Reddy. "There are physicians and anaesthetists who will rule out procedures that cannot be done as day care."

But there is still a chance of an emergency. That would mean putting the patient into an ambulance and rushing him or her to a larger hospital with an ICU set-up. Both doctors and patients may well ask, why they should take such a risk, however small.

Sharma feels these are real concerns. "It is an experiment," he says. "It needs experienced surgeons and sophisticated equipment and time will have to prove it works."

‘Coopetition'
More hospitals are gearing up to tap the day-care surgery market. According to reports, Fortis and Apollo were making plans in this area.

By this, they not only capture the patient pool that currently goes into doctor-led nursing homes or a place such as Nova, they also maximise average revenue per bed in the main hospital by devoting those to big-ticket procedures. "It is a good idea for us to start separate day care surgical centres, thereby freeing up beds in the main hospitals for more supra-major surgical procedures and ICU facilities," says R. Basil, executive president (healthcare) at Apollo Hospitals. "We will definitely come out with such centres in big cities where we are present."

For Nova this is a threat and an opportunity. A threat because it poses competition from these big brands for doctors and patients. But in Delhi, this has turned out fortuitous. Max Healthcare, a regional hospital chain, recently forged an exclusive joint venture (JV) with Nova for centres in Delhi and the national capital region. Every Nova in the NCR is guaranteed 15 Max visiting consultants (in addition to its investor-doctors). Max benefits from the JV's revenues, its doctors get a fee for service and also refer cases that cannot be done day-care to Max. Nova gets to rely on Max for emergencies.

"This is a more efficient model," says Pervez Ahmed, CEO and MD, Max. "While we have day-care products in our tertiary care hospitals, it needs a different mindset."